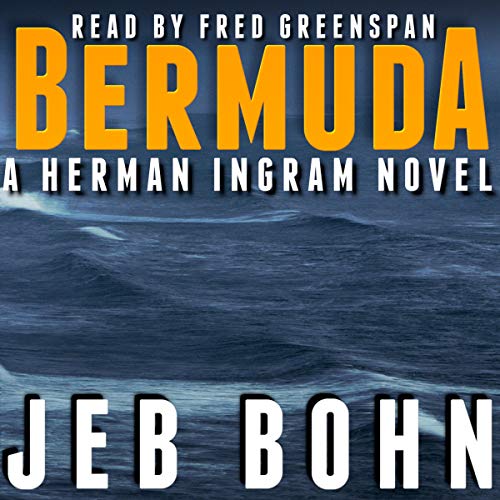 By: Jeb Bohn
Narrated by: Fred Greenspan
Try for $0.00

Headlights cut through a hot summer night along a backroad in Central Florida. The driver flicks his eyes constantly from the road ahead to the rearview mirror, his heart pounding as he expects to see the heatless glow of another pair of lights closing in on him. The driver is George Wilman, a chemical engineer from a covert facility. Well, he was.

Now George is on the run.

After discovering that a breakthrough water treatment project that he was developing was only one part of a sinister plan, George blew the whistle and fled. His salvation is dependent upon his wits and guile. As he heads north, his body fraught with anxious electricity, a voice speaks to him, nearly causing him to lose control. There is, however, no one in the car with George. No, the voice is coming through the emergency response system that is integrated in the vehicle. The voice urges George to return to the facility "for his own good."

They know where he is. They know which way he's headed. They can track his every move.

Elsewhere we meet Herman Ingram, a cynical independent journalist who runs his own news site. For years Herman plied his trade in Washington, D.C., but disillusion swallowed his spirit and drove him out. After a cryptic call from his mentor, Herman receives a mysterious package from a town in Florida that he's never heard of: Bermuda.

Inside the curious parcel, Herman finds printouts of email conversations and project directives along with samples of a strange material. While he is initially wary of the package's contents and its sender, things soon come to light that lead Herman to believe that the story painted by these items might be true. Driven by the desire to right a wrong from his past, Herman sets out to find the truth about just what it is that is going on in the odd little town that the package originated from.

How far will these men go to shine a light into the darkness and reveal the truth?

What listeners say about Bermuda: A Gripping Suspense Thriller

When a scientist at a water treatment facility in Bermuda FL stumbles across something that is not quite right at the facility he attempts to bring it to the attention of others and pays for his efforts with his life. A week later his work accidentally ends up on the desk of another scientist at the same facility. He doesn't try to go to management, he goes on the run with samples of unknown substances from the facility. Soon he finds out that he's being tracked and he dumps his car. He then sets out to contact as many journalists and radio talk shows he possibly can but then some of them start getting stalked and murdered.

Meanwhile George (the scientist) knows he too will probably be murdered for what he's trying to do.
In the interim, some of the people he's contacted and sent packets of paperwork to start either being stalked or dying.

The publisher's summary is very good and I don't want to add anymore for fear of spoiling this book for anyone. I found myself completely absorbed and wanting to know the outcome.

Fred Greenspan is the narrator. When he speaks in his own speaking voice I found it very pleasant. The problem occurred when he attempted to change his voice for other characters... Everyone came out sounding nasally and cartoonish. I think if this narrator would just stick with his own voice he would do very well.

In my opinion this is a very worthwhile book to read/listen to and is Very HIGHLY RECOMMENDED.
If you found this review helpful please indicate so.
Thank You.