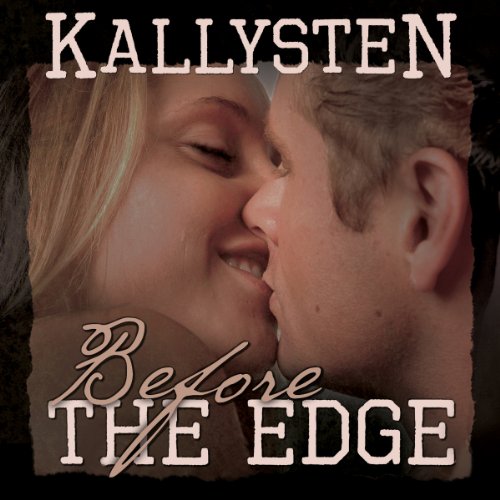 By: Kallysten
Narrated by: Todd Waites
Try for $0.00

For Lisa, The Cliff was just one more bar to visit, one more competitor to gauge on her way to opening her own club. The verbal abuse unleashed on her by a patron is unexpected, but not entirely unusual: As a vampire, she has been called worse than "killer" or "thing" before. What is new, on the other hand, is the intervention of the bar's owner. Lisa isn't used to humans trying to protect her, and she finds Brett strangely endearing.

For his part, Brett isn't all that comfortable being around a vampire, but now that he has thrown out the lout who was insulting Lisa, he can hardly ask her to leave. After getting to know her a little, however, he starts seeing the woman beyond the fangs, and when she returns the next night he's ready to share a dance with her…or even a little more….

What listeners say about Before the Edge

I listened to another book in the authors other series first so I already had ideas of who these characters are but to hear how they met and got together was interesting. also makes you think about how prejudice people are and how they would act towards the supernatural if they were real. there is adult content, no violence.


The introduction to Kallysten’s On the Edge series is now in audio form. I’ve read this in eBook form, so I already was familiar with the story, and I was pleased to have the opportunity to relax and listen to the story again.

Enter the world where vampires are citizens, and like many places, prejudice and discrimination against those who are ‘different’ runs rampant. Brett owns a local bar, and while he doesn’t personally know any vamps, he isn’t willing to allow anyone to be belittled in his establishment.

Lisa is a leggy blonde with attitude and confidence. She also happens to be a vampire and while not in need of rescue from an angry patron who is looming over her, Brett’s quick response to the situation in defense of her was surprising.

I enjoyed the interplay between Brett and Lisa: Kallysten brings you characters that arrive formed, and through their interactions and actions you see them develop and fill out. While both have some issues and reservations, they are well-matched and paired, and their chemistry is steamy and sexy: there are no sparkles here unless it’s in a lame dress or a piece of jewelry.

The narration for this novella is provided by Todd Waites; with a Midwestern-feeling accent his delivery is smooth and rhythmic without great modulation in pitch or tone to delineate character differences. His delivery was neither too fast nor to slow, and he manages to add a touch of emotional nuance that deepens the impact of the words.

For her first foray into the world of audio, Kallysten has chosen well. Waites’ narration is well-suited to the story and the novella format of this series gives listeners and readers lots of options without great time investment. If you want an entrée into a ‘different style’ of vampire story, that mixes characters, emotions and sex with equal abandon this is a great one to investigate.