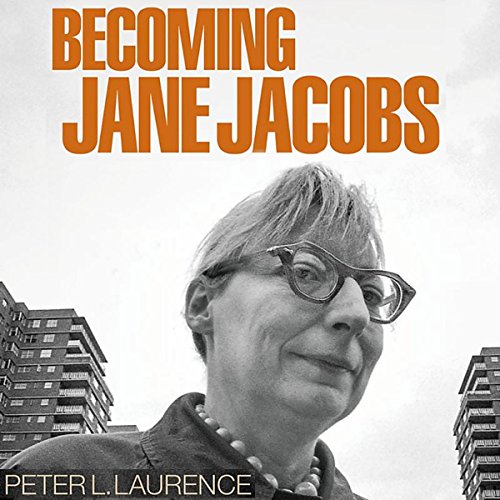 By: Peter L. Laurence
Narrated by: Byrwec Ellison
Try for $0.00

Becoming Jane Jacobs is the first intellectual biography to focus on Jacobs's early life and writing career leading up to her great book, The Death and Life of Great American Cities.

Jane Jacobs is universally recognized as one of the most important figures in American urbanism, and The Death and Life of Great American Cities one of the most important books on cities. However, because of her David-versus-Goliath battles with "power broker" Robert Moses and the urban-renewal establishment, Jacobs has received more attention for being an activist than a thinker, despite having written a list of influential books on cities, economies, and other subjects.

In Becoming Jane Jacobs, Dr. Peter L. Laurence shows that what is missing from the stereotypes and myths is a critical examination of how Jacobs arrived at her ideas about city life. The audiobook shows that although Jacobs had only a high school diploma, she pursued a writing career that prepared her to become a nationally recognized architectural critic. Jacobs was immersed in an elite community of architects, city planners, and academics as an editor of the Time Inc. magazine Architectural Forum.

The audiobook is published by University of Pennsylvania Press.

"This audiobook is both a worthy tribute to Jacobs's genius, and a brilliant exposition of the broader context of designs and ideas that made her work possible." (Robert Fishman, University of Michigan).