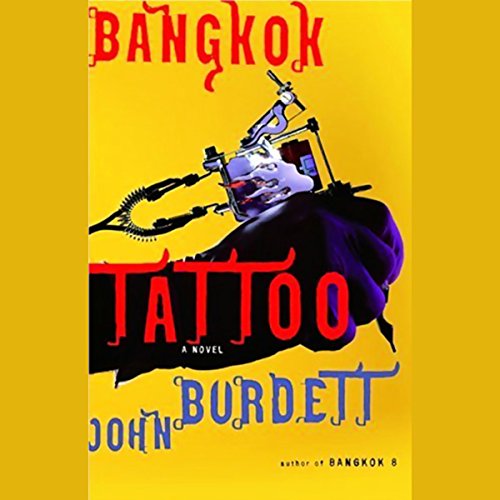 By: John Burdett
Narrated by: Paul Boehmer
Try for $0.00

From the author of the best seller Bangkok 8, a head-spinning new novel that puts us back in the company of the inimitable Royal Thai Police detective Sonchai Jitpleecheep.

We return to District 8, the underbelly of Bangkok's underworld, where a dramatically mutilated dead body is found. It's bad: he was CIA. It gets worse: the murderer appears to be Chanya, a tough, sweet working girl who's the highest earner at The Old Man's Club, jointly owned by Sonchai's mother and his boss, Police Colonel Vikorn.

Alerted by Sonchai, Vikorn quickly concocts a cover-up that involves Al Qaeda and Thailand's porous southern border where, since 9/11, the CIA has been an obviously covert presence. But the truth will be harder to come by, and it will require Sonchai to find an ever-more-delicate balance between his ambition and his Buddhism, while running the gamut of Bangkok's drug dealers, prostitutes, bad cops, worse military, and the pitfalls of his own melting heart (Chanya!), most of which he can handle. But even Sonchai is not prepared for what he discovers at the end of his investigation.

Piercingly smart and funny, densely atmospheric, and, as we already know to expect from John Burdett, packing a surprise at every turn, Bangkok Tattoo is sensational.

Please note: This is the abridged edition. An unabridged version is also available.

"Brilliantly cynical....Burdett does an impressive job of depicting an often romanticized society from the inside out. His characters are unforgettable, his dialogue fast-paced and perfectly pitched, his numerous asides and observations generally as cutting as they are funny." (Publishers Weekly)

“You will read on and on, with wide-eyed fascination, some horror...and considerable delight.... If you’re looking for a good time, look no further.” (The Washington Post Book World)

What listeners say about Bangkok Tattoo