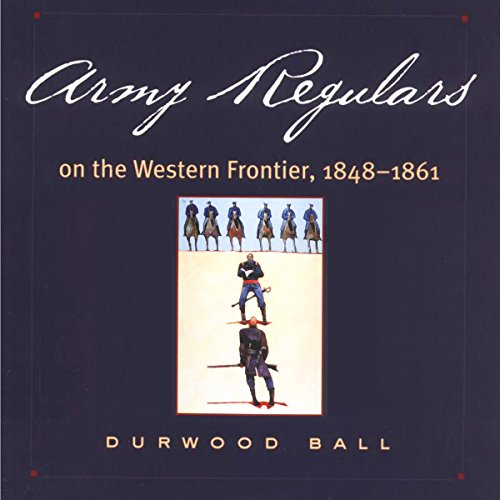 Army Regulars on the Western Frontier

By: Durwood Ball
Narrated by: Keith Sellon-Wright
Try for $0.00

Deployed to posts from the Missouri River to the Pacific in 1848, the United States Army undertook an old mission on frontiers new to the United States: occupying the Western territories; suppressing American Indian resistance; keeping the peace among feuding Indians, Hispanics, and Anglos; and consolidating United States sovereignty in the region.

"The authors have improved on what was already a groundbreaking study that adds significantly to our knowledge of American expansionism and, more importantly, of African Americans in the West." ( Oregon Historical Quarterly)

What listeners say about Army Regulars on the Western Frontier

I am impressed by Ball’s meticulous researched and insightful study of the United States Army’s role in the American West. Ball covers these years between the years 1848-1861.

Ball covers in-depth the Army’s Indian fighting record. The author also covers the constabulary duty of the Army particularly the pro and antislavery settlers in Bleeding Kansas and Mormons in Utah, the rebellion Cortinistas (Tejanos and Mexicans) in Southern Texas, the vigilantes in California. Ball also discusses the role of the Army regarding the countries boarders, such as the 1859 San Juan Island boundary dispute with Britain. Ball also covers the internal organization, manpower and training of the Army of the Frontier.