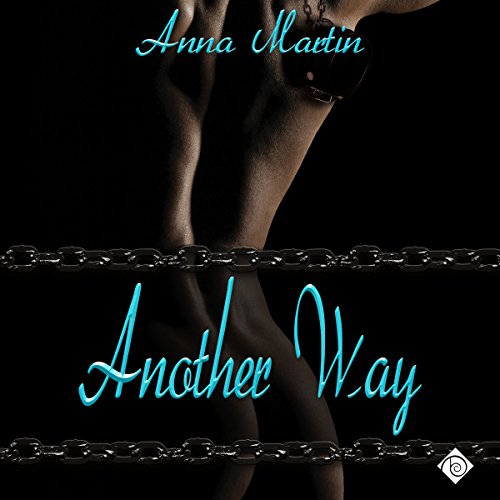 By: Anna Martin
Narrated by: Brad Langer
Try for $0.00

On the surface, Jesse Ross is an average guy in an average relationship with his college sweetheart, Adele. But what his girlfriend doesn't know is that he's having an affair - with a man - and exploring his sexuality in ways she never could imagine. His compartmentalized life suits Jesse just fine, and he has no intention of coming out of the closet either as a bisexual or as a submissive.

However, Jesse takes a tumble when his master, Will, admits to wanting more, wanting Jesse as his partner, not just his submissive. Suddenly Jesse's conveniently pieced-together life isn't quite so comfortable. In the end, Jesse has to lay it all on the line - for his girlfriend, for his lover, and for himself.

What listeners say about Another Way (Another Way...)

Based on the sample I thought this book was going to be very interesting. The story had so much potential but really fizzled out. There wasn’t enough build up regarding his deciding who was gay or his relationship with Will. Then it was just like hey were in a relationship and that’s pretty much the story. This was definitely a missed opportunity.

Okay D/s story about working through past issues

I am sorry to say that I found this one a tad boring. I enjoyed the author’s other work (Tattoos & Teacups and Summer Son) much more than this one.
Jesse Ross wasn’t being fulfilled in a relationship with his girlfriend Adele so he went looking for that something extra. He found a Dom but when she started a new family, she couldn’t continue with Jesse. Jesse was led to Will, who was more than happy to enter an arrangement with Jesse.

During the course of their association, Will realized he had formed a connection with Jesse so he wanted more of a relationship. Jesse had some unresolved issues so he wasn’t keen to leaving Adele and beginning a relationship with Will. But even Jesse acknowledged that what he felt with Will was something special. But was it more than what he had with Adele?

I liked how Will and Jesse continued to work to understand the needs of the other as they were a new D/s couple. I also like that their relationship was a journey that they both had to work towards. Unfortunately, I found the audiobook boring both because of the narrator as well as the story itself. It just lacked an emotional tug and I just didn’t feel engaged to the characters. It was predictable and I never doubted the outcome. The writing just wasn’t as in depth as the other books I have tried by the author.

*I received this audiobook in exchange for an honest review.

DNF due to subject matter

One of the amazing things about reviewing books for The Blogger Girls is being able to reach outside my comfortable “box” and explore new authors, themes, and styles.

That being said, I love Anna Martin and I’d read some reviews that say this was a very well written book, so I thought I’d be brave and give it a chance.

I started listening to the audiobook narrated by Brad Langer and it immediately starts off with an intense (to me) “scene” and I was like – WHOA – this is even harder to listen to than it is to read. (Maybe because when I read a book I can skim easily anything I find uncomfortable, redundant, boring, etc.) When you listen to the book (part of why I love audiobooks so much) there is no skimming (at least not easily) and you become totally immersed in the story to a greater depth than you typically do as a reader. (IMHO)

So… I said, ok. Fair enough. Let’s give this a go with the e-book and see if I can find another spot to “rejoin” the audiobook that feels more comfortable for me.

Well… I couldn’t find that spot.

So I am sad to say I DNF’d this. I wanted to expand my wings, but this was too much for my Libra driven equality minded brain to take.

FWIW the narration seemed fine, but I honestly didn’t stick with it long enough to be a fair judge.