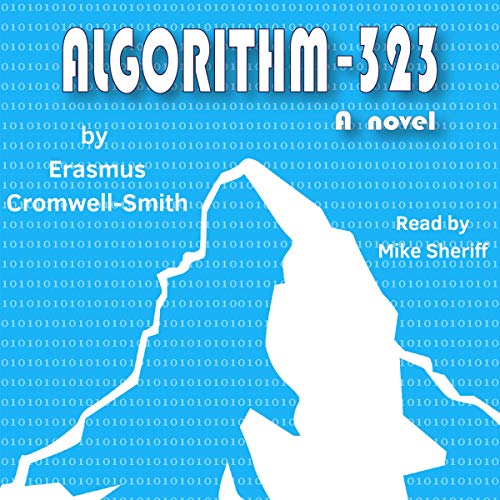 By: Erasmus Cromwell-Smith
Narrated by: Mike Sheriff
Try for $0.00

Nicolas Tosh is a math prodigy. In the late 70s, he develops a series of discrete algorithms that enable seamless communications "to" and "from" the brain. "Thoughts" replace voices as a communication medium, the brain's memory banks become easily downloadable, and every "live" thought, image, and sound can be captured through Tosh's mathematical constructs. To ensure neutrality and a safe haven for his operations, he builds a data center in Zermatt, Switzerland to host a global neural network and a state-of-the-art quantum computer that enables the deployment of his set of algorithms on a global scale. Realizing that the misuse of his formulas could have serious repercussions, Tosh seeks the G-7 to designate them as WMDs, but inevitably conflicts arise as one nation tries to take advantage of Tosh's formulas, in detriment of the other member nations, in particular of Algorithm-323.

What listeners say about Algorithm-323