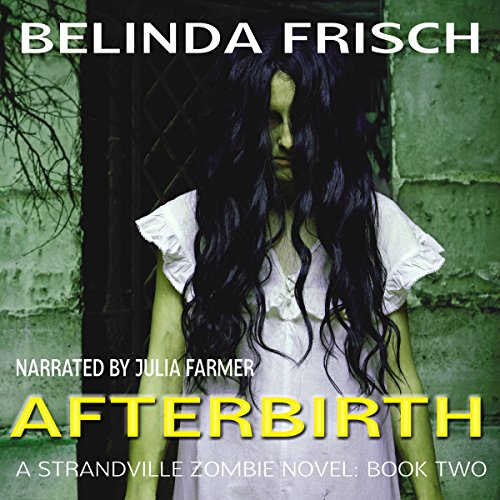 The survivors of the Nixon Center escape struggle in a post-apocalyptic world where the walking dead aren’t the biggest threats.

Working from a remote, mountain cabin, Dr. Howard Nixon is determined to salvage what is left of his experiment.

Allison escapes him, clinging to life and with no idea what's happened in the world.

Zach is looking for her, but time is running out.

Reid lives holed up in the Nixon Center and waits for his revenge.

Tension is high as both Miranda and Carlene’s pregnancies come to term. Miranda, faced with the possibility that her delivery might cause her to become infected, is forced to seek help from the only other person who knows what has happened: Dr. Michael Waters, the physician who sent her to Dr. Nixon in the first place.

All roads lead back to Strandville where grudges resurface and old decisions must be answered for. Scott, Miranda, and Michael return to the center to face-off against their pasts and each other as Michael’s secret agenda comes to light.

This wound up being a great second book

This wound up being a great second book in the Strandville Zombie Series. I really am finding that Belinda Frisch has an interesting imagination. And it must be very gory! Which of course I love!

I normally do not enjoy when a storyline jumps months but in this it made sense. The first book shows how the zombie outbreak occurred, readers do not have to know every detail between now and then. This way the reader is able to get the meaty bits of the story, not the blah, blah, blah. And I think Belinda Frisch did a great job accessing where her readers were going to want to pick back up with the characters.

I listened to this back to back and enjoyed the narration in this just as much as book two. I mentioned in my first review that it is odd to hear a woman narrator but Julia Farmer once again hits the nail on the head. She narrates the hell out of this! I really think no matter how great of a book you have, if the narration does not fit, then it just does not work. With Belinda’s writing and Julia’s narration, this winds up being awesome.

One thing I don’t understand is the plot story line with Allison. I will have to go back to ensure I am wrong or not but the whole line with how she took the drug. It was her choice but in this she decides to blame Zack. He completely takes the blame for her taking the shots. She did say she did not want to be treated anymore AFTER already taking the shots. But by then neither of them had a choice. I know Zack wanted her to take the shots but after the entire issues with the shot he did not want her to take it. So… this entire chapter, about halfway through, confused me a bit. Doesn’t have much to do with the entire plot, but with hers and Zack’s it does make a difference.

That’s just a hint of Belinda’s fantastic writing and although I have a few questions, and I am curious if there is going to be a third, the book ended with me feeling pretty good. I really enjoyed that Belinda definitely made it apparent that karma was prevalent in the apocalypse! Although, interestingly some people I thought I would like, I wound up not, and vice versa for those that I did not like. I think that again speaks to the great writing when a villain is able to turn into nearly a hero!

I really hope if there is a third, that it will also be read by Julia Farmer. I will be the first in line to pick that up!