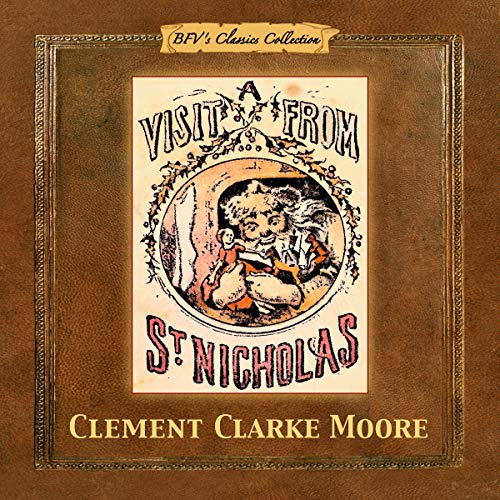 A Visit from St. Nicholas

By: Clement Clarke Moore
Narrated by: Christian Andrade
Try for $0.00

This poem, also known as “Twas the Night Before Christmas”, tells of the arrival of St. Nicholas on Christmas Eve at the home of the narrator. It is filled with music and sound effects to bring the listener new joy and appreciation of this classic Christmas tale.

Clement C. Moore originally claimed authorship, but later the family of Henry Livingston, Jr. - a soldier, landowner, and poet who died in 1828 - disputed Moore’s claim and argued that the poem was Livingston’s. Recently computer-aided analysis shows more similarities to Livingston’s poetry than to Moore’s.

What listeners say about A Visit from St. Nicholas

Enjoyed it. I will listen to it with my son often. I love that it is the original poem. No modern interpretations to spoil the original. i enjoy the sound effects too, although some could be improved as they don't seem to capture the moment quite right. Otherwise, thoroughly enjoyable.

Absolutely a joyful reading and production!

Loved the narration, music, and extra sound effects. It paints a picture of a perfect Christmas Eve. My 2 year old grandson actually listens with me.