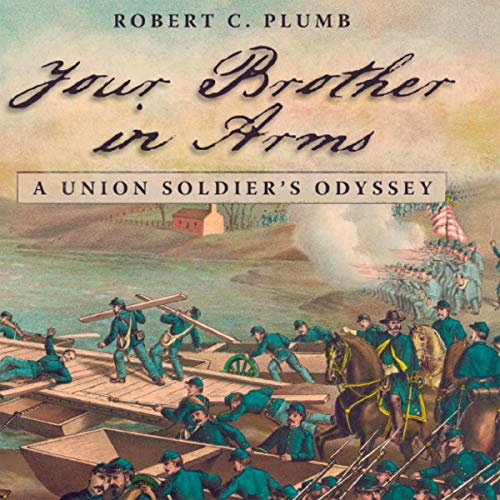 Your Brother in Arms

By: Robert C. Plumb
Narrated by: Doug McDonald
Try for $0.00

George P. McClelland, a member of the 155th Pennsylvania Infantry in the Civil War, witnessed some of the war’s most pivotal battles during his two and a half years of Union service. Death and destruction surrounded this young soldier, who endured the challenges of front line combat in the conflict Lincoln called “the fiery trial through which we pass”. Throughout his time at war, McClelland wrote to his family, keeping them abreast of his whereabouts and aware of the harrowing experiences he endured in battle. McClelland’s letters offer fresh insights into camp life, battlefield conditions, perceptions of key leaders, and the mindset of a young man who faced the prospect of death nearly every day of his service.

Your Brother in Arms follows McClelland through his Civil War odyssey, from his enlistment in Pittsburgh in the summer of 1862 and his journey to Washington and march to Antietam, followed by his encounters in a succession of critical battles: Fredericksburg, Chancellorsville, Gettysburg, Spotsylvania Court House, the North Anna River, Petersburg, and Five Forks, Virginia, where he was gravely injured.

Beating the odds of Civil War treatment, McClelland recovered from his injury at Five Forks and was discharged as a brevet-major in 1865 - a rank bestowed on leaders who show bravery in the face of enemy fire. He was a common soldier who performed uncommon service, and the 42 documents he and his family left behind now provide the opportunity to know the war from his perspective.

What listeners say about Your Brother in Arms