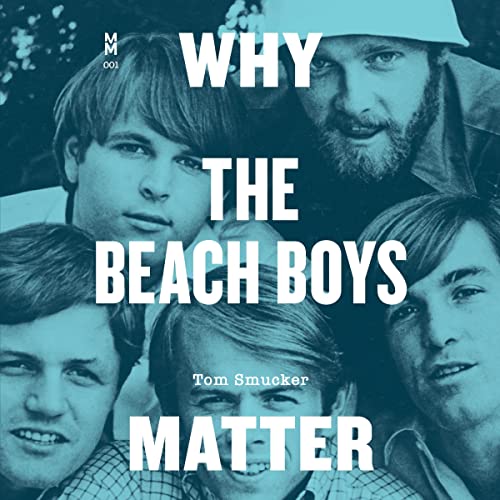 Please try again
Pre-order: Try for $0.00
1 title per month from Audible’s entire catalog of best sellers, and new releases.
Access a growing selection of included Audible Originals, audiobooks and podcasts.
You will get an email reminder before your trial ends.
Your Premium Plus plan is $14.95 a month after 30 day trial. Cancel anytime.

Why the Beach Boys Matter

By: Tom Smucker
Narrated by: Joe Hempel
Pre-order: Try for $0.00

Of all the white American pop music groups that hit the charts before the Beatles, only the Beach Boys continued to thrive throughout the British Invasion to survive into the 1970s and beyond. The Beach Boys helped define both sides of the era we broadly call the sixties, split between their early surf, car, and summer pop and their later hippie, counterculture, and ambitious rock. No other group can claim the Ronettes and the Four Seasons as early 1960s rivals; the Mamas and the Papas and Crosby, Stills and Nash as later 1960s rivals; and the Beatles and the Temptations as decade-spanning counterparts.

This is the first book to take an honest look at the themes running through the Beach Boys’ art and career as a whole and to examine where they sit inside our culture and politics—and why they still grab our attention.

What listeners say about Why the Beach Boys Matter