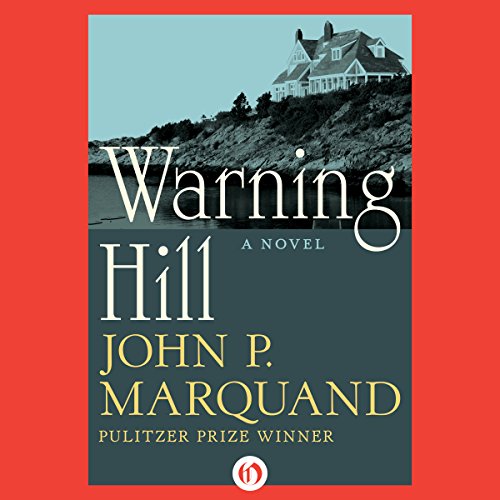 By: John P. Marquand
Narrated by: Tristan Morris
Try for $0.00

A poor boy falls in love with a privileged young woman and learns a bitter lesson about the haves and the have-nots in this dramatic tale from the Pulitzer Prize-winning author of The Late George Apley.

As a young boy, Tom Michael walked with his father, Alfred, along the streets of Michael's Harbor, Massachusetts, and gazed across the water at the stately mansions on Warning Hill. Imagining the lives of the families inside those majestic homes was an enjoyable distraction, a cherished bond between father and son. Years later, after the shocking tragedy of his father's suicide, Tom holds the memory of those walks dear. When he meets and falls in love with Marianne Jellett, daughter of the self-made millionaire Grafton Jellett, he is thrilled to know one of Warning Hill's most prominent families. He is wholly unprepared for the pain that Marianne will cause him and for the discovery of a connection between the ruthless Grafton and his father's death. A mesmerizing tale of passion, power, and vengeance, Warning Hill was the first of John P. Marquand's novels to be set in the stratified New England landscape that defined his legendary career.

What listeners say about Warning Hill