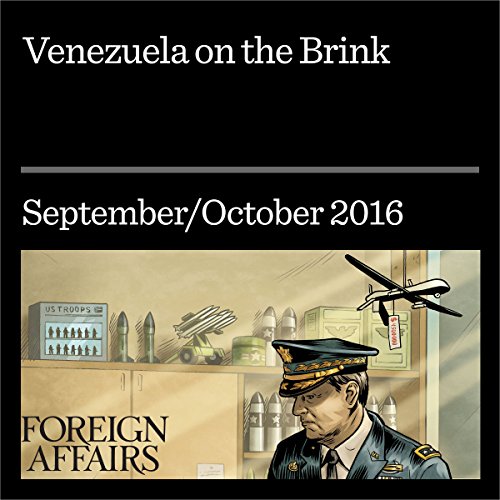 Venezuela on the Brink

Venezuela on the Brink

Venezuela is in the throes of its most tumultuous political and economic period in decades. The collapse of global energy prices has wreaked havoc on the country’s economy. Estimates vary, but oil production has fallen from a peak of around 3.2 million barrels per day in 1997 to somewhere between 2.2 million and 2.5 million barrels per day today. Oil and gas account for more than 95 percent of Venezuela’s revenues from exports, and the country produces few other goods. Without the money it makes from exporting energy products, Venezuela has struggled to import everything else its people need.

"Venezuela on the Brink" is from the September/October 2016 issue of Foreign Affairs.

This is a very narrow view of the problem and blames it all on Maduro. Much of the problem is due to USA and EU meddling in Venezuela's economy and politics. PDVSA is not a privately owned company, so there is no comparison of it to normal US oil companies. This news story is trying to compare the situation in Venezuela to US capitalism. If Capitalistic US and EU would quit meddling, Venezuela could probably fix it's own troubles. I'm happy that Maduro has stopped shipping oil to the US. That is a positive move!