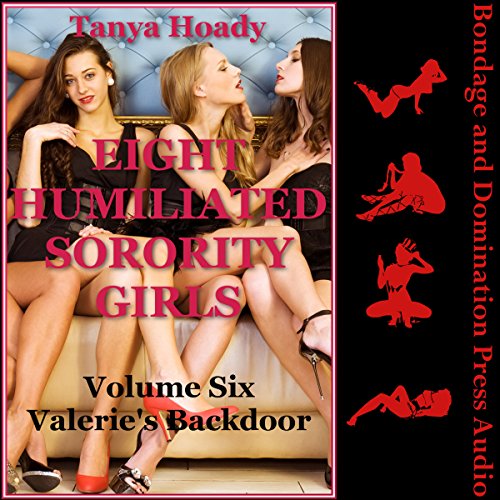 He had been the object of our attempts at manipulation and had almost immediately dismantled them and completely altered them so there wasn't anything left to us that would allow rebellion.

The sight of Kristina, including the expression on her face, was seared in my head forever. She was so unhappy and humiliated. On the other hand, she was clearly turned on, which made her just like me and probably everybody else watching. Of course, the change in Melissa was incredible, too. The way her hands had tightened in Kristina's hair...Jesus! That was all so f**king sexy. Now, I stood with the taste of Joe's c** fresh in my mouth and waited. He finally smiled and said, "I think I'll f**k you in front of everyone, Valerie."

What listeners say about Valerie's Backdoor