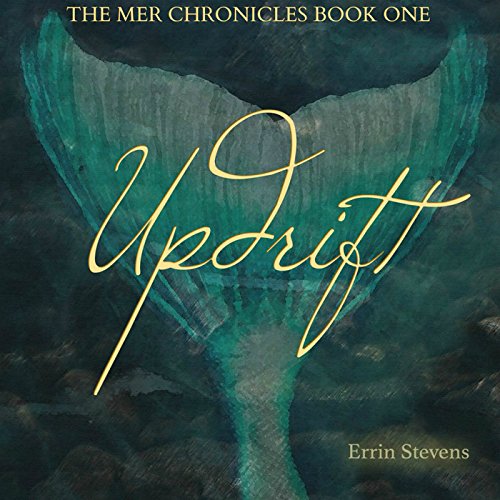 By: Errin Stevens
Narrated by: Sean Posvistak
Try for $0.00

For Kate Sweeting, love isn't in the air. It's in the water.

Since her father died, Kate Sweeting’s home life has been in the pits, her well-being on life support. Her future looks desolate until she and her mother, Cara, make another plan: abandon their shriveled existence for more promising prospects on the coast, where Cara can play small-town librarian-bachelorette, and Kate can figure out that secretive Blake family from the beach.

Everyone is eerily captivated with Kate and her mother, and Cara is the first to figure out why when the man of her dreams arrives all dripping and devoted and closed-mouthed about what he intends. Kate is willing to go along with their subterfuge for a while, but eventually makes a charge for the water to learn what her mother is hiding.

Gabe Blake is there waiting for her...and so is someone considerably less friendly. By the time Kate navigates her way home, everything will have changed for her - what she feels, what she wants, and what she’ll risk to be with the man she loves.

What listeners say about Updrift

The romance in this story has some sexual tension. I found myself riding the waves of sexual tension with pleasure. And the intrigue kept me listening on and on.

The beginning is slow and at times frustrating but stick with it and it will all make more sense after things are explained. There is a lot that goes on towards the end. The plot picks up and things become quite stressful but I'm thankful there are no cliffhangers.

I'm looking forward to the next book in this interesting paranormal romance series about Mer people.

I am definitely getting into the next book in this series! Wouldn't it be great to swim like this! And to have a deep love like this! We humans must keep trying to be better...

an interesting fantasy about sirens- needs more wo

Would you listen to Updrift again? Why?

i would not.The pace is all over the place and the character development is good, but is still a bit confusing. I felt like some parts were too slow and very, factual, almost like a list of what happened to certain characters at time X in their lives. It felt flat, and I lost interest at times.

My biggest issue with this book is its approach to women that have a career. I felt like it was constantly telling me that a woman needs to be home with her children, that having a job that is time consuming is wrong, by comparison to other characters who are stay at home moms or have a job that does not take much of their time and they are always there for their children. Not only that but a male lead told his wife that he whants someone to be with their child at home, and that they can share the burden but its either she stays at home OR they hire someone- HE will not stay at home. Add to that the fact that a couple had a major marital crisis BECAUSE they were workaholics and the wife did not want children- that was solved by making them have sex so she will conceive (the merfolk threw her birth control pills so she would not take them!). it was just too much, not just old school notions about a woman role but really making it seen like it ruined lives.

What does Sean Posvistak bring to the story that you wouldn’t experience if you just read the book?

i liked his narration. he has a nice smooth voice with a good range of characters.

I strongly did not like the amount of control the merfolk had on all the people in their lives they regarded as friends. They constantly manipulated, with their magical siren charms, their lives and the humans accepted it with a smile. It was just off putting to me, I can understand a meddling character or pushing someone to do something they are afraid to do that will help them feel better but this was about completely orchestrating their lives. Making sure that Kate did not have sex or have a social life, making sure she finished collage early so she can have the baby with Gabe (because that is was happens when merfolk fall in love, they have the urge to get the girl knocked up). It felt too pushy, and Kate accepted everything so easily even when she had questions that went unanswered. She was very passive and I felt like it was not believable to a point I started disliking her. Her romance with Gabe was very sweet so that part about her, that other people guided her life like a puppet almost, was a big down point for me.

I liked the world the author built and the detail was interesting but I felt like that characters where flat and the control they had on the heroine was unsettling. I would have liked to read it with a stronger female lead that Has choices and not just accepts choices mandated to her by others- choices that affect her body and life forever.

A different kind of paranormal romance. The beginning of it full of slow angst. Keep going in the story heats up. A New World is explored and discovered. And the new love and a new life . Good narration and a good fresh storyline. I am interested to see what happens next.“I was voluntarily provided this free review copy audiobook by the author, narrator, or publisher.”

I loved the world that the author created with this tale of Mer people! Immensely interesting and intricate, there were also some great family values presented. The central story is the romance of a human named Kate and Gabe, a siren. The romance, deception and mystery added up to a great story and I was thoroughly entertained. The narration was stellar and kept me engaged throughout. This looks like a great series! I would recommend Updrift.

WHO KNEW MERMEN COULD BE SO COOL!

Not just another YA series. It's really good and different from the vampire/ werewolf series out there. I love the way author has written this story with the idea of teenagers not engaging in premarital activities. How the characters have to finish high school, go to college, get a career in order to bring something to the table for marriage and kids. The Blake family and its values are awesome. I cant wait to see what's next.

I got this book via audiobook boom. This story was very long and spent a lot of time on the H/h childhood and college life. When they finally got together it was very interesting. Gabe is a siren and she is human. But her mother married a siren after several years of widowhood. The whole siren community kept Kate in the dark until she was finished with college and working. This was a nice story and the end was very nice. It just took a long time to get to the end. No cliffhangers but there will be more stories. the narration was very well done and kept the story moving.

This was a nice book to listen to. The narration was fantastic. I received this audiobook for free and voluntarily reviewed.

A fantastic start to a new series

This fantastic book is one for all ages. I does take a while to get into it because the depth of the characters, but once you do you will not be disappointed. From start to finish, there is action, suspense and even chemistry between the characters.

From a very young age Kate Sweeting has been in awe of the Blake family. Though she can't point her finger on it, there is something different about the entire family. But whom she is most drawn to is Gabe Blake, a boy about her age. From the time they were five, they seemed destined to be together, but sometimes life just gets in the way. This is a tale of destined love and great friendship.

I love the intricate world Errin Stevens has created in Updrift. It is part of the Mer Chronicles and after reading this story, I will definitely be reading more from her in the future. There are so many facets woven into this story that once you get into it, you will never want to leave the incredible world she has created.

PS -Sean Posvistak does an excellent job of narrating this book. From start to finish his performance kept my interest and did not let go. I am new to him as a narrator, but this will not be my last I hear from him.

I am disappointed to say that this book was not for me. I’m sure some will love it, but I found it rather slow, with a lot of description and not much action.

There was an interesting moment where the book smugly states that the USA has ‘the most open society on the planet’. I’m not sure how that can be measured, and the implied insult towards all other countries was unnecessary.

What didn’t help was that I don’t feel the narrator did a good job of the audiobook at all. There was a lot of over-acting going on.