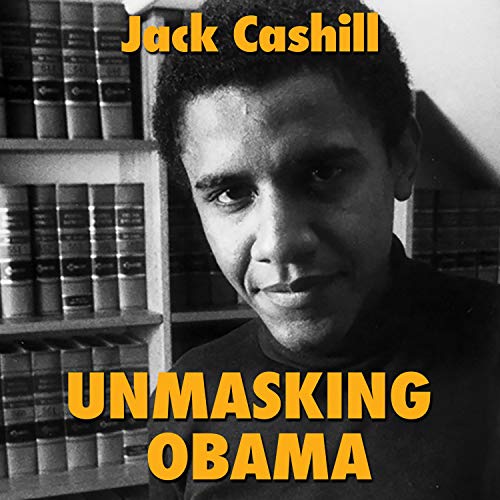 By: Jack Cashill
Narrated by: John McLain
Try for $0.00

While the major media were spinning their collective fairy tale about the Obama presidency, the alternative conservative media - America's "samizdat" - were telling the truth.

During the Obama years, an asymmetrical media war was waged to control the critical first draft of American history. There is no fair way to record that history without first acknowledging the war. The field of battle shaped up as follows: on the right, the alternative conservative media and the "responsible" right, occasionally working together, often working at odds; on the left, the mainstream media, the social media giants, Hollywood, Broadway, the federal bureaucracies, the national security apparatus, and what Ray Bradbury would call "firemen" - the virtual book burners, amateur and professional. Rarely at odds, these forces routinely worked together to amplify what Obama adviser Ben Rhodes famously called the White House's "messaging campaign". Money, resources, and power overwhelmingly favored the left, but the right had the equalizer on its side - the truth.

What listeners say about Unmasking Obama

Our first gay or bisexual president!

Fantastic listen! I listened to it twice to catch all the specific details the second time through! Very engrossing both times!
Great narration. I HIGHLY recommend this book to everyone!

What was one (or more) of the most memorable moments of Unmasking Obama?
This book validates the rumors that I heard about Obama being gay (or bisexual). Cashill gives the facts that the media chose to ignore. Our first gay/bi president, which the media doesn’t talk about!

Did you have an extreme reaction to this book? Did it make you laugh or cry?
I got infuriated at the press that covered up so many things, so that Obama could be made President of the USA!
Some of the cover-ups include:
- Obama being tight with his anti-American Pastor Jeremiah Wright,
- Obama had a Connecticut Social Security number, but he was supposedly born in Hawaii.
- Obama was friends with the American terrorist, Bill Ayers.
- Obama did not write his own books. Cashill explains how Bill Ayers wrote the well-written “Dreams of my Father” by comparing Ayers’ literary style form Ayers’ books with “Dreams.” Ayers did not write Obama’s second book, but Ayers honestly said that “Audacity of Hope” was a crappy book. “Audacity” was mainly taken from the speeches Obama gave.

I did not realize that President Trump NEVER said that Obama wasn’t born in the USA. Trump said that he wanted to see Obama’s birth certificate.

A great review of Obama's mendacity, Big Media's deception and the courage a handful of private citizen journalists to tell the truth. Well done Jack.