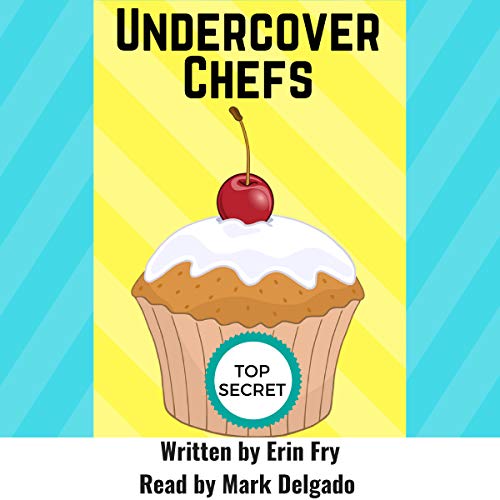 By: Erin Fry
Narrated by: Mark Daniel Delgado
Try for $0.00

Three unlikely friends join forces to win a baking competition and save their school’s culinary classroom. Isaac, a nationally-ranked runner; Jane, a shy artist; and J.C., a rebellious scooter rider - all have a secret passion for cooking. The promise of a cupcake contest lures them to an unusual classroom on the outskirts of campus. As they share friendship and a love for cooking, the pressures of the contest start to boil over - a recipe for disaster that could destroy their chances at winning! The heat is on, and Isaac, Jane, and J.C. must figure out a way to salvage their cupcakes, save the culinary classroom from being demolished, and protect their secrets before the judges cast their final votes.

What listeners say about Undercover Chefs