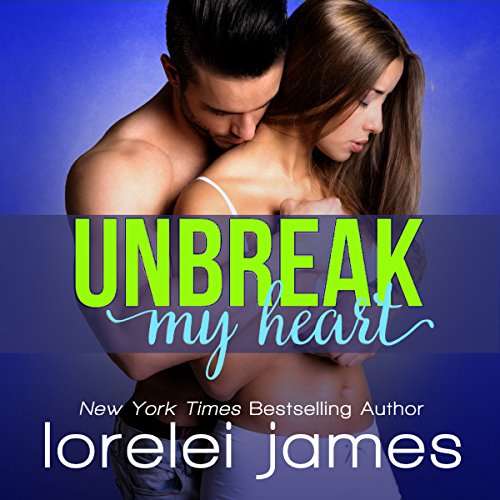 By: Lorelei James
Narrated by: Charles Constant,Shirl Rae
Try for $0.00

Seven years have passed since I fell for Boone West. The brooding bad boy. We were friends, even when I secretly wanted more, but I settled for what he offered. After he left Wyoming - and me - I grew up. Moved on. Or so I believed, until he blew back into my life with the scorching force of an Arizona desert wind.

I'm not that innocent 16-year-old girl anymore; I'm a businesswoman who swore never to settle again. But this older, wiser, hotter version of Boone unsettles me. How am I supposed to resist Boone's megawatt smile and his built-army-strong body?

Joining the army? Best decision I ever made. Even though it meant I had to leave her behind. Sierra McKay, the wide-eyed beauty who saw more in me than I saw in myself. I didn't dare offer her anything more than friendship, because one kiss, one touch, and I wouldn't have had the guts to go.

I've worked hard to become the man I am. I have a career. A purpose. After a chance encounter with the one woman I never forgot, I'm not leaving anything else to chance. Now I'm ready to show her that the passion we couldn't act on before burns hotter than ever between us.

"Get ready to swoon over this sweet and funny second chance romance. Oh, and get ready to fan yourself...it's hot as hell too!" (Sawyer Bennett, New York Times best-selling author)

What listeners say about Unbreak My Heart

I have been waiting for this story to be told. Love Boone and Sierra's character development throughout the book. It shows how they grew up, and how they both can now see the past in a new light of day. Can't wait till the next book!

Make up your Mind

Not much to say about this story...it was pretty monotonous throughout.But,it was all right,enough entertainment to keep me to listen the entire story.And of course,ended happily.

So nice to listen to a book that doesn't have a lot of tragedy going on...just mostly love!

Something about this just bored the heck out of me. I found myself not paying attention at times. I think that this story was very sweet and it started off funny but after a while, the story dragged on. The love scenes were hot and the characters were loveable but the story could have been told in half the time.

The narrators were okay. I probably won't seek out any of their other work.

I have waited quite awhile for the Boone Sierra book. Loved it! Finished it in 3 days!! Can't wait for the next chapter in the Rough Riders Series!!

SWEET ROMANCE, BUT A LITTLE BORING IF I'M HONEST

Lower your expectations before listening to this book and then it'll be a good listen. The Rough Riders series was awesome, so I was excited for this spinoff, and was sad that it didn't meet my expectations. First off, the male narrator was a heavy breather, and that threw everything off for me. The female narrator was just mediocre, but she should've done both characters. In terms of the story, it had its really sweet and poignant moments, but overall it felt like a recap of the Rough Riders book where Sierra and Boone were introduced. On a good note, the sex was smoking hot, and there are some classic moments/lines that should be pinned in Pinterest or in a hallmark card, they were so frickin' romantic. Overall, it was a bit of a snore, but, I'd still recommend Lorelei James as a worthy author.

Overly long story with interesting characters and a HEA

Lots of excess dialogue and some unnecessary subplots. The character development is good given the ages of the hero and heroine and particularly the hero’s childhood issues and challenges. The humor is a bit raunchy like other books by the author. Lots of auxiliary characters that may have their own stories in the future. Would have liked to have seen a follow up a few years down the road- maybe in a cousin’s story.
The narration by Shirl Rae is ok though her voice seemed a bit too mature for Sierra and her male voice was more whisper than husky. Charles Constant was too monotone much of the time and definitely sounded much older than the character of Boone. By the time the erotic scene begin halfway through the book the reader is fully on the side of the flawed but deserving, patience hero. This book is ok if you have the Romance Package and are willing to put 12 hours into a 6 hour story but reading it would give you a better option to skim sections.

A wait worth waiting for!

Loved Sierra and Boone in Gone Country. Loved their passion and reunion in their story.

DNF - It just rambled on and on

I have every book in the Rough rider series and Blacktop cowboy series but this one just didn't cut it. The narrators were not great - the female was one I've heard before in Anna Zaires books and she annoyed me then. I really want to share what annoys me but can't put my finger on if its over dramatization, or that she sounds like an adult whose trying to sound like a teeanger. The male narrator was great in my opinion.

The story however just dragged on and on and on and I gave up at the beginning of chapter 8. I might try the print version so I can skip through pages easier. I really loved the Rough Riders series and wanted to finish this but I found my mind drifting away to other things while listening - not a good sign. If the narrator was more engaging or if the story wasn't so drawn out I might have made it, but the two combined together was the end for me so I did not finish.

The characters are aged 20 - 26. The male narrator sounds much older than that. This made the story hard to relate to.