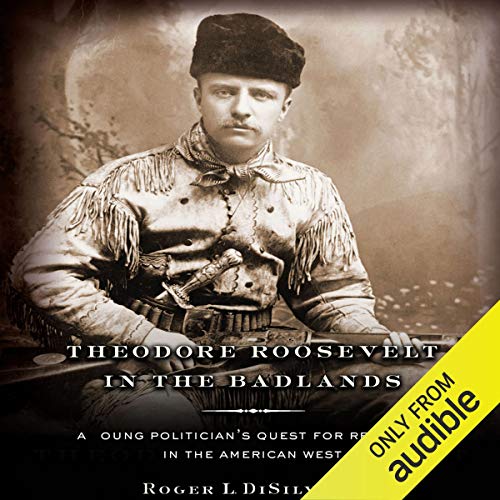 Theodore Roosevelt in the Badlands

Theodore Roosevelt in the Badlands chronicles the turbulent years Roosevelt spent as a rancher in the Badlands of Dakota Territory, following the sudden deaths on February 14, 1884, of his wife, two days after giving birth, and of his mother. Grief-stricken - and driven by doubts about his career after failed attempts as a reformer fighting political corruption -the young, Harvard-educated New York politician left his infant daughter in his sister's care and went to live on a Badlands ranch he had bought a year earlier. Drawing on Roosevelt's own accounts and on diverse archives, Roger Di Silvestro tells the exciting story of how the character and commitment of the future president and conservationist were forged during roundups, bronco busting, fist fights, grizzly bear hunts, and encounters with horse thieves as the Old West drew to its end. In the dramatic life story of Theodore Roosevelt, few adventures exceed those that he found in the Badlands.

What listeners say about Theodore Roosevelt in the Badlands

One of the most interesting stories I've heard. Understand the shaping of one GREAT American! Well Done! Some editing issues