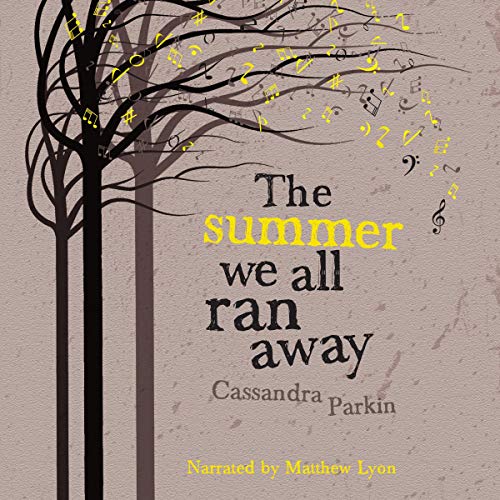 The Summer We All Ran Away

By: Cassandra Parkin
Narrated by: Matthew Lyon
Try for $0.00

When 19-year-old Davey finds himself drunk, beaten, and alone, he is rescued by the oddly assorted inhabitants of an abandoned and beautiful house in the West Country. Their only condition for letting him join them is that he asks them no questions.

More than 30 years ago in that same house, burned-out rock star Jack Laker writes a ground-breaking comeback album, and abandons the girl who saved his life to embark on a doomed and passionate romance with a young actress. His attempt to escape his destructive lifestyle leads to deceit, debauchery, and even murder.

As Davey and his fellow housemate Priss try to uncover the secrets of the house's inhabitants, both past and present, it becomes clear that the five strangers have all been drawn there by the events and the music of that long-ago summer.

"The story is fresh and original, written vividly and with flair. I was completely engrossed!" (Katherine Webb, international best-selling author)

"Beautiful.... A fascinating tale of the meeting of lost souls. Of danger, and trust and self-worth. Read it." (Jen Campbell, author of Weird Things Customers Say in Bookshops)

"The characters grabbed my heart, the story pulled me in and I sailed through the pages.... Put Cassandra Parkin's debut novel on your To-Read list." (Women's World)

What listeners say about The Summer We All Ran Away