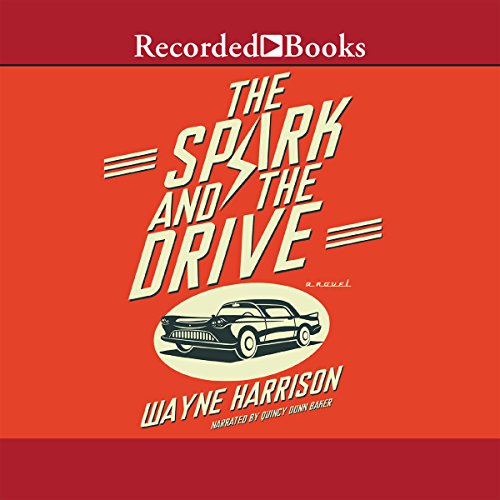 By: Wayne Harrison
Narrated by: Quincy Dunn Baker
Try for $0.00

Justin Bailey is 17 when he arrives at the shop of legendary muscle-car mechanic Nick Campbell. Anguished and out of place among the students at his rural Connecticut high school, Justin finds in Nick, his captivating wife Mary Ann, and their world of miraculous machines the sense of family he has struggled to find at home. But when Nick and Mary Ann lose their infant son, Justin' s world is upended. Nick, once celebrated for his genius, has lost his touch; his ability to intuit and diagnose a faltering engine has begun to fade. Mary Ann, once tender toward her husband, now turns distant and cold. And just as Justin draws closer to his wavering mentor, he finds himself falling into the arms of his wife.

Now, torn apart by feelings of betrayal, Justin must choose between the man he admires more than his own father and the woman he loves.

A poignant and fiercely original debut, with moments of fast-paced suspense, The Spark and the Drive is the unforgettable story of a young man forced to make an impossible decision - no matter the consequences.

Wayne Harrison's stories have appeared in The Atlantic, McSweeney's, and Ploughshares, and one of his stories was selected for Best American Short Stories 2010. He earned a Michener/Copernicus fellowship and his short story collection Wrench was a finalist for the Iowa Book Award. A graduate of the Iowa Writers' Workshop, he teaches writing at Oregon State University. The Spark and the Drive is his first novel.

What listeners say about The Spark and the Drive

What did you love best about The Spark and the Drive?

The incredibly detailed interactions between dynamic and well-crafted characters, and the way Wayne Harrison positioned those interactions against the backdrop of a spiraling mechanical industry. The characters manipulate engines with a skill and focus that they lose when looking beyond the hood, though not for lack of trying.

What was one of the most memorable moments of The Spark and the Drive?

The moment when you realize just how high the stakes are for everyone in the book.

Have you listened to any of Quincy Dunn Baker’s other performances before? How does this one compare?

I have not listened to any of Quincy Dunn Baker's other performances before, so I cannot assess how this one compares.

I didn't want to listen to The Spark and the Drive all in one sitting because Harrison packs the pages with layers of complexity and meaning. I enjoyed taking my time to digest and appreciate the entire book. To that end, it's certainly worth reading again.