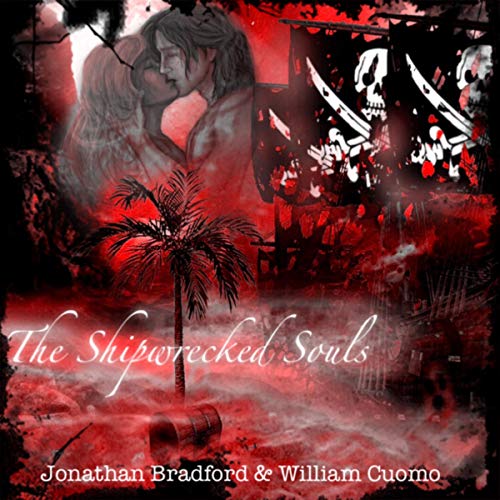 By: Jonathan Bradford,William Cuomo
Narrated by: David Fiddler
Try for $0.00

A tale of two unlikely lovers; an incredible pirate adventure all set in rhyme with music plus 12 songs. A story of unfathomable passion, murder, deception, even hidden treasure and delight. Rozene is the beautiful but secretive redheaded heroine who dedicates her life to helping the needy, only to be drawn into a feud between a foolhardy English Royal Navy sea captain named Peck and a ruthless pirate known as Jacinto. Both men are willing to kill anyone in their way in order to possess her.

Alexander is the aristocratic gentlemen seeking purpose and redemption and unexpectedly finding love at first sight and drawn into this dangerous love triangle. There's a colorful cast of characters including some that actually roamed the seas over 300 years ago such as Captain Kidd, the Scottish privateer turned pirate, and Edward Teach, an Englishman known as Blackbeard the pirate and feared by many.

What listeners say about The Shipwrecked Souls