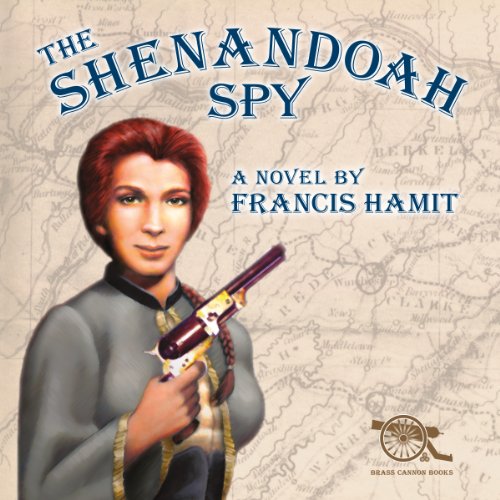 By: Francis Hamit
Narrated by: Gail Shalan,John Zdrojeski
Try for $0.00

Historical fact-based fiction about the famous spy who played a key role in Stonewall Jackson's Valley Campaign. This narrative takes place between July 1861 and July 1862 and is the first in a series about the Confederate Secret Service and the women who were its most effective agents. Belle Boyd was the first woman in American History to be formally commissioned an army officer.

What listeners say about The Shenandoah Spy

Would you consider the audio edition of The Shenandoah Spy to be better than the print version?

The narration brings the story to life! The well defined voices the narrators bring to the many colorful characters make this account of the civil war a joy to listen to.

It is very interesting to hear the Confederate view of the Civil War, especially through the eyes of a young smart and brave women, Belle Boyd.

I would love to recommend this audio book to many of my friend's children as it would be an excellent fast paced and historically informative story for the many youth interested in the Civil War. However, due to the explicit and overly detailed sex scenes I, unfortunately cannot. I believe the pornographic scenes are a distraction for adult readers as well and would be more effective with more subtlety. I hope the author considers releasing an edited version so that this wonderful audio book can reach a wider audience.

This Audiobook is not for Children

A very good listen except for a few scenes

This was a very good listen. I would have given it a 5 except for the shocking change in writing style describing Belle's interactions with the character Daniel Kileya and two others. They were totally out of context with the style of the rest of the story and very jarring when you arrive at those parts when listening to the book. If these scenes were written in the style of the rest of the book, I would highly recommend it without condition. Both readers were excellent. I am definitely going to read and/or listen to more books by this author.

I could not listen to this book due to the extremely poor narration - lost money on this one. The narrator speaks very, very quickly - a hurtling freight train - and there is an absolute absence of tone or emphasis variation. Skip this one and maybe read the book instead.

Would you ever listen to anything by Francis Hamit again?

Dump the narrator and get someone who can vary their tone, etc to match different characters and SLOW DOWN. I think there was an attempt to do a southern accent several times, hard to tell, but it absolutely did not work.