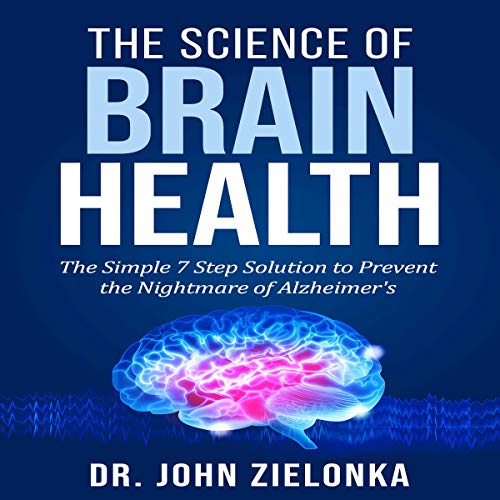 The Science of Brain Health

By: Dr. John Zielonka
Narrated by: Doug Johnson
Try for $0.00

Did you know that the likelihood of getting Alzheimer’s is equivalent to the flip of a coin?

And did you know that:

Discover the real causes of Alzheimer's, learn about true brain detoxification, autophagy, type 3 diabetes, cellular health, and so much more. Filled with true stories of those both suffering from and caring for those suffering from the disease, this book is a must listen to end the nightmare of Alzheimer's.

“Having witnessed what Dr. John Zielonka calls the nightmare of Alzheimer’s far too many times to count, this book is long overdue. A masterful blend of both the latest science-based evidence combined with a practical, commonsense, simple, step-by-step formula to prevent the nightmare from ever happening in the first place.” (Dr. Alan Weinstein, functional neurologist)

“This book is a must read for those wishing to prevent Alzheimer’s as well as for those who are carrying the tremendous burden of caring for those who currently suffer from it. Congratulations to Dr. Zielonka for exposing the false dogma around this disease and providing a practical solution that everyone can achieve.” (Dr. David Zamikoff, Natural Healing Arts Medical Center)

What listeners say about The Science of Brain Health