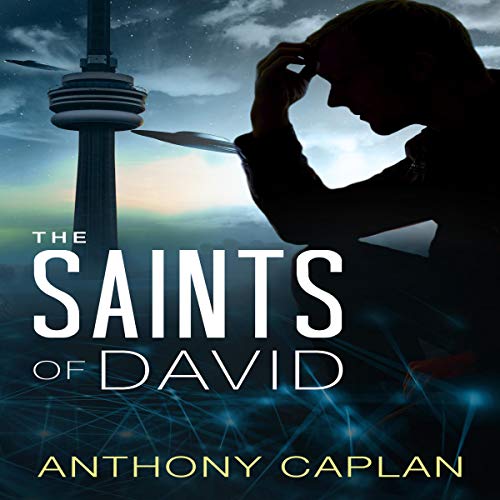 The Saints of David

By: Anthony Caplan
Narrated by: Dane Petersen
Try for $0.00

In this fast-paced psychological thriller, the final entry in Anthony Caplan’s best-selling The Jonah Trilogy, Corrag and Ben, the brave-yet-doomed lovers of The Victor’s Heritage, are reunited. But now, humanity faces a crisis - the last of the free-brained, creative folk have risen against the enslaved people of the Augment and their elite Republican Homeland overlords.

It is 2072, and falling creative information flows in the Augment system mean there is little time to reach full power status and launch the planetary cover before the incoming Oort Cloud asteroids destroy civilization.

Corrag and Ben make a run for freedom with their daughter Hera to find David’s Tower, an alternative society. At the same time, Corrag's father Ricky sets out to find his father’s book that he is sure will answer the deep-seated root of humanity’s evil.

These are just a few of the individuals on a quest, drawn to the utopian world of the Tower, built by the man known to his followers as the "Saint". David Shavelson, a former owner of a Brooklyn bookstore, is a charismatic visionary leading a community in resistance against the mental enslavement of the Augment system. The Augment leaders know they must crush the Tower or lose control of their destiny.

What listeners say about The Saints of David

Entities in a single moment.

I would love to blame my initial confusion with this book on it being the last of a trilogy, and that I had not read the earlier books. True, I didn't see the first: Saviour, but I did read the second: The Victor's Heritage, earlier this year. It didn't help. By the time the story started on a more regular progression, I had lost interest. And, if I'm honest, I would have preferred the more galactic aspect of the Oort cloud meteorite threatening world annihilation and even the internal wrangling over the failure of the Augment, despite having to swallow conversation like, 'There is a way to access the Augment...The night manoeuvre involved circulating consciousness nano sensors arranged to match the Neuro profile of the agent. You launch into the server bank at a strategic intersection and you wait a track....' And so on, or something like that.

There are some superb phrases, 'Everything flows, everything's water' , 'His face was drawn and quartered by age and sadness', and somewhere there is a great vision, it just gets bogged down in trivia and multi directions as if the author couldn't make up his mind about the direction of the novel. Or perhaps it is me, frustrated by the tedium and confusion. The narrator, Dane Peterson, works hard, delivers well, but couldn't save the experience for me. I received a freely gifted complimentary copy of
Saints of David, from the rights holder at my request, via Audiobook Boom. Thank you.