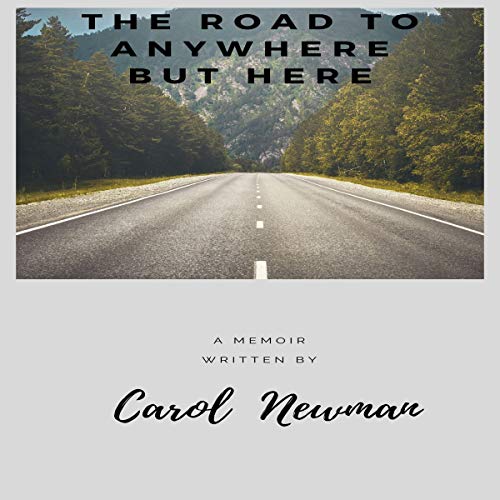 The Road to Anywhere but Here

The Road to Anywhere but Here

Through story, The Road to Anywhere But Here gives a historical account of the 60s cultural revolution. From the age of six when the author received a doll for Christmas and her younger brother woke up to a go-cart, she fought the culture that put men in charge and women in the kitchen. At 19-years-old, Welfare poor, college not an option, she looked at a bleak future of either clerical work with no chance for advancement, or a stifling marriage, so she bought a motorcycle and traveled alone from Vancouver, Canada to San Francisco. Summer, 1966, she was homeless. By fall, she was able to rent an apartment in the Mission District near Haight and Ashbury. Her life began when she won a scholarship to join the American Conservatory Theater’s student program.

Carol Newman, author and narrator of this memoir, tells her story about how abuse and trauma in her childhood went on to affect her life long into adulthood. And how, as an adult, she was able to work through her anger, anxiety and depression plaguing her for decades. It is a powerful story of the resilience of the human spirit. I recommend it.

I received a free review copy of this memoir at my request and have written this voluntary review.

This memoir, read by the author, is a vivid account of hardship and resilience. The stories and narration are entertaining and touching.

The Road to anywhere but here

Fascinating story of this womans life nd how abuse shaped it. I found narration by the author rather monotone.
I was given this book by the narrator,author or publisher free for an honest review.

Wow, what a life Carol has led! I love the rawness of it, the funny moments, the sad moments.
I love REAL stories about REAL people, and this one sure fits the bill.

Very thoughtful, inviting story, I really enjoyed listening and think just about anyone can relate to it at one point or another.
I think it was well written and I love when the author reads their own story, lends so much more "realness" to it :)