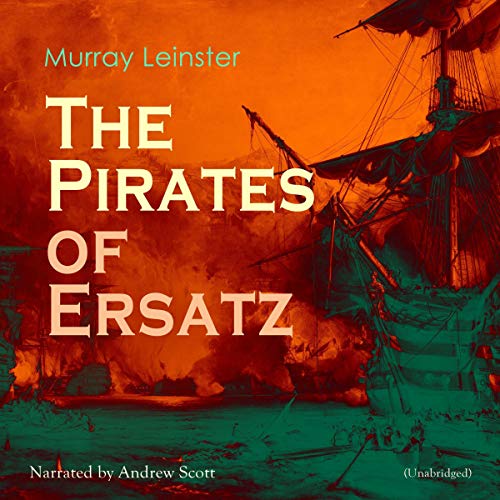 The Pirates of Ersatz

By: Murray Leinster
Narrated by: Andrew Scott
Try for $0.00

"The Pirates of Ersatz" is a science fiction novel by Murray Leinster. It tells the story of Bran Hodder, a one-time engineer who sets out on a career of interstellar piracy ostensibly to further more legitimate goals.

"My grandfather," said Hoddan defiantly. "What are you going to do about it? I'm outlawed! I've defied the planetary government! I'm disreputable by descent, and worst of all I've tried to use my brains!" "Deplorable!" said the ambassador mildly. "I don't mean outlawry is deplorable, you understand, or defiance of the government, or being disreputable. But trying to use one's brains is bad business! A serious offense! Are your legs all right now? Then come on down with me and I'll have you given some dinner and some fresh clothing and so on. Offhand," he added amiably, "it would seem that using one's brains would be classed as a political offense rather than a criminal one on Walden. We'll see."

What listeners say about The Pirates of Ersatz