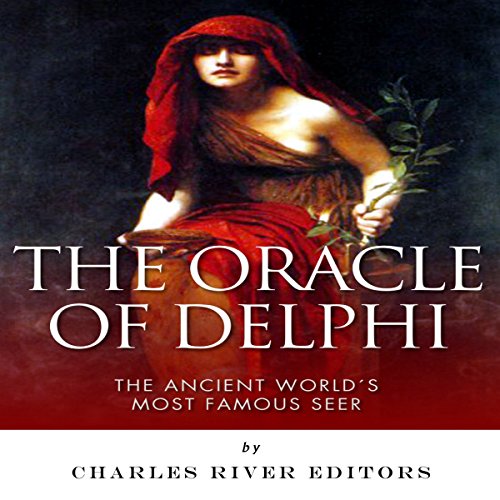 The Oracle of Delphi

"Not often nor regularly, but occasionally and fortuitously, the room in which they seat the god's consultants is filled with a fragrance and breeze, as if the adyton were sending forth the essences of the sweetest and most expensive perfumes from a spring." - Plutarch

"[T]he seat of the oracle is a cavern hollowed down in the depths... from which arises pneuma [breath, vapor, gas] that inspires a divine state of possession." - Strabo, Geography 9.3.5

The Oracle of Delphi was one of the greatest religious institutions in Ancient Greece. It played a significant role not only in the formation and collective decisions of Hellenic localities and city-states but also in the personal lives of Greeks known and unknown. The site was dedicated to the god Apollo, and the Greeks believed the god spoke his oracles through his prophetess known as the Pythia. The judgments and decisions rendered by the oracle were so important to the Greeks that they often put them above all other interests, even security threats posed by the likes of the Persians. Delphi was popular even amongst outsiders. The Pythia delivered the god's oracles to such famous persons as Midas and Croesus, and it provided consultations during such important historical moments as the Persian War and the Peloponnesian War. Many authors of antiquity mention the oracle for one reason or another, and there even survive epigraphic collections that preserve the god's words on stone.

The ancient Greeks called Delphi the omphalos ("navel") of the Earth. The black rock that symbolized this imagined center stands at the site to this very day. Sitting at the foot of Mt. Parnassos, Delphi overlooks the Gulf of Corinth, so it is no wonder why the setting mesmerized contemporaries.

What listeners say about The Oracle of Delphi

I first saw Apathia in Battlestar Galactica, and heard one on Grimerica with guest Jade Stevens.