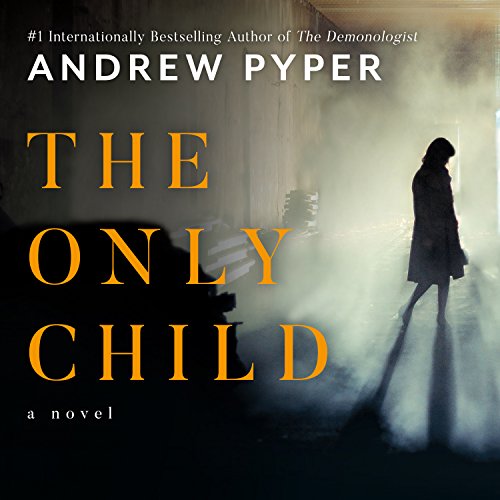 By: Andrew Pyper
Narrated by: Christina Delaine
Try for $0.00

As a forensic psychiatrist at New York's leading institution of its kind, Dr. Lily Dominick has evaluated the mental states of some of the country's most dangerous psychotics. But the strangely compelling client she interviewed today - a man with no name, accused of the most twisted crime - struck her as somehow different from the others, despite the two impossible claims he made. First, that he is more than 200 years old and personally inspired Mary Shelley, Robert Louis Stevenson, and Bram Stoker in creating the three novels of the 19th century that define the monstrous in the modern imagination. Second, that he's Lily's father. To discover the truth - behind her client, her mother's death, herself - Dr. Dominick must embark on a journey that will threaten her career, her sanity, and ultimately her life.

Fusing the tension of a first-rate thriller with a provocative take on where thrillers come from, The Only Child will keep you up until its last unforgettable revelation.

What listeners say about The Only Child

Just Couldn’t Do It

Unfortunately, Andrew Pyper has never been able to live up to his novel, The Demonologist. This was just bad. So bad, I couldn’t finish it.

I want to impress upon you how exceedingly rare it is for me to not finish a book. I don’t feel right not finishing a book I’ve started.

With this book, within ten minutes, I knew I’d made a mistake. I fully intended to finish it anyway, but then I went to hit play one day, saw I still had 5 hours left to trudge through, and decided life is too short. Here’s what made this such a miss for me:

First of all, I thought I was getting a ghost/demon/possession story. This is not that. No spoilers here, but what this book actually is is more of an expansion on a book that has already been written.

But, above all, this audiobook’s greatest downfall was the narrator. She was abysmal. I got cocky and bought this one without listening to the sample first. Do yourself a favor and don’t make the same mistake.

First of all, she is reading at a snail’s pace. And she seems to alternate between trying to sound pouty, and sounding like an adult telling cheesy ghost stories to a bunch of 10-year-olds sitting around a campfire. Neither affect is appropriate or the least bit pleasing to listen to.

I am probably going to seek a refund on this one. Unfortunately, the time I spent trying to slog through it can’t be refunded. I really enjoyed The Demonologist, which I read in print form. I continue to root for Andrew Pyper—hopefully he’ll hit the mark again some day.

Could not put this down. This particular genre is fascinating to me and always has been. There were times in the telling by Christina where I felt like I was standing next to the demonic presence of Michael as he spoke to his daughter. The part where Lilly reads the letter from Michael on the airplane is especially creepy and well done. Nice big twist at the end. Very entertaining.

Didn’t care much for this book. The narrator was so so. Forrest Gump meats the Addams family

sort of interesting but I am not a connoisseur of Vampires and thought this book was supposed to be case study of difficult child in NYC.
the very quiet tone of reader diminished my enjoyment.

Going into it, I didn't see the actual story until it was too late. I was somewhat disappointed and thought about turning it off. But as it went on, I became more emotionally invested. You could see the plot and ending from a mile away. It was still entertaining. Overall, MEH