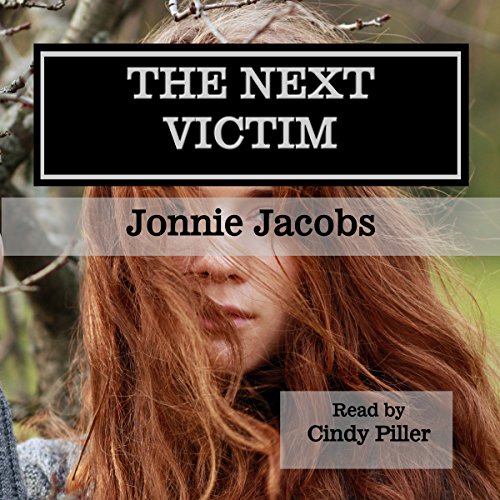 By: Jonnie Jacobs
Narrated by: Cindy Piller
Try for $0.00

Following the death of her brother of an apparent suicide by overdose, Kali reconnects with her sister. To their dismay, they learn that he was the prime suspect in the double homicide of a wealthy heiress and a college coed. As if that weren't shocking enough, Kali also learns her brother might have ties to a young stripper's murder and the disappearance of a 16-year-old runaway. Kali must dig into the sinister underworld of the sex industry to find her brother's killer before the missing girl, or Kali herself, becomes the next victim.

What listeners say about The Next Victim

I was voluntarily provided this free review copy audiobook by the author, narrator, or publisher. I really really liked this book. It had a kind of slow start, but it picked up eventually and kept right on going. There was a good plot that was easy to follow. I could almost see the story as if it were a movie in my head. The narrator did a good job telling the story. It was nice that the story took you along from the murders and all the way through the investigations and gave you two different perspectives (the detectives and the family of the victims). I liked how it ended. It tied up all the loose ends in the murders, it answered all the questions. It was a great read.

Good combo of writer and narrator. Definitely worth a listen. "I was provided this audiobook at no charge by the author, publisher and/or narrator in exchange for an unbiased review via Audiobook Blast."

Jonnie Jacobs has done it again

Yet another great mystery by Jonnie Jacobs. Cindy Piller does a wonderful job of narrating this book. Can't wait for more.

An engaging book of twists and turns

Kallie O'Brien's brother, John, ignores her calls to him and now wants her to call him back. When she talks to him briefly, she realizes he is drunk, and Kallie decides she will call him back the next day. Instead she receives a call from her sister Sabrina saying that is dead.
The sisters go to settle the estate only to find out John is the prime suspect of killing an ex-lover.
Kallie goes to work clearing his name, despite what the evidence looks like and what the detectives believe.

This is an engaging book with lots of twists and turns that keeps your attention.

Cindy Piller is easy to listen with a variety of voices making it easy to know who was talking.

This book is a winner!

“I was voluntarily provided this free review copy audiobook by the author."

Keeps you guessing who the guilty one is. Good narration and a good story line.

From the very first page until the final one...exciting!. Looking forward to following this Author...in fact all the people involved are interesting. Just read and enjoy.


This audiobook was provided by the author, narrator, or publisher at no cost in exchange for an unbiased review courtesy of AudiobookBoom dot com."

Another triumph for Jonnie Jacobs!

What made the experience of listening to The Next Victim the most enjoyable?

It was well written and held me captive throughout the story.

Kali was persistent and perceptive even when she doubted her brother.

When Kali gets captured and bound. You held your breath.

I cried when we discovered who Krystal really was and how kind the sisters were to her.

What made the experience of listening to The Next Victim the most enjoyable?

I love the author's writing style and the narrator's style they work well together and I seem to crawl in their books.

She brings the characters and you remember which character is which due to her authenticity.

I've listened to most of this author's books and I will always look forward to listening to one of her books. I like murder mysteries like the type she writes or the quirky women sleuths type books. This audiobook was provided by the author, narrator, or publisher at no cost in exchange for an unbiased review courtesy of AudiobookBoom


The Next Victim
: Jonnie Jacobs

This is the third title that I've listened to by this author, and so far my favorite. Kali O'Brien is out to prove her brother wasn't a murderer and his death wasn't an accident. She meets many people along the way. Twist after twist has the listener wondering not only who the murderer is, but also who is good and who isn't. I couldn't wait to find out who did it. I hope to get the next one soon.


The narration was well done.The characters were well portrayed by Cindy Piller.

Not real intense, but a good story

Where does The Next Victim rank among all the audiobooks you’ve listened to so far?

It is a good book, but not one I would listen to again.

No, but it had a really nice ending

She did a good job with both the sisters