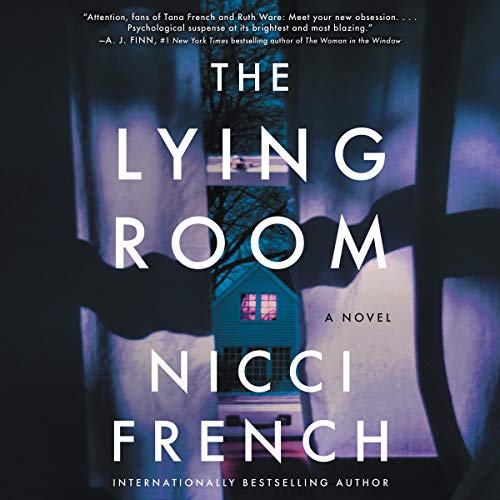 By: Nicci French
Narrated by: Jan Cramer
Try for $0.00

In this thrilling stand-alone from the internationally best-selling author of the Frieda Klein series, a married woman’s affair with her boss spirals into a dangerous game of chess with the police when she discovers he’s been murdered and she clears the crime scene of all evidence.

One little secret between a married woman, her lover, and a killer.

It should have been just a mid-life fling. A guilty indiscretion that Neve Connolly could have weathered. An escape from 20 years of routine marriage to her overworked husband, and from her increasingly distant children. But when Neve pays a morning-after visit to her lover, Saul, and finds him brutally murdered, their pied-à-terre still heady with her perfume, all the lies she has so painstakingly stitched together threaten to unravel.

After scrubbing clean every trace of her existence from Saul’s life - and death - Neve believes she can return to normal, shaken but intact. But she can’t get out of her head the one tormenting question: What was she forgetting?

An investigation into the slaying could provide the answer. It’s brought Detective Chief Inspector Alastair Hitching, and Neve’s worst fears, to her door. But with every new lie, every new misdirection to save herself, Neve descends further into the darkness of her betrayal - and into more danger than she ever imagined. Because Hitching isn’t the only one watching Neve. So is a determined killer who’s about to make the next terrifying move in a deadly affair....

What listeners say about The Lying Room

I can't ever finish any books read by this narrator. Every sentence is rushed with no pauses. The entire book is narrated with 2 emotions.... outrage and anger. I would definitely recommend skipping the audio.

It was impossible to listen to, so I don’t know if the story is worth much. It didn’t come across as very well written.The narration was so bad that I returned it. She swallowed her words, ran through sentences and is hands down the worst actress in the world. She sounds like shes at a garden party and is an impatient grande dame. Nails on chalkboard voice.

The story intrigued me, but the narrator's performance - hushed whispers, rushed dialogue, and annoying caricatures made this book a horrible listen. Honestly, her version of Mabel's voice had me ripping out the headphones because it was so infuriatingly shrill and cartoonish. I ended up getting a copy from my local library.

I really enjoyed this story. The characters were believable and so were the relationships. I tried to guess the killer but fun twist at the end made it impossible.

I'm a huge fan of Nicci French books, but this one was not her best. The logic and actions of the main character, Neve, as she deals with discovering her murdered lover make no sense and the fact that she's able to deceive the police with such weak cover ups is farfetched. The final reveal of the murderer and their motivation is also really a stretch. That being said, the narrator is good and I was mildly entertained by the book, although frequently frustrated by the direction of the plot.

There wasn't much to like. The narrator was annoying, the story was ridiculous, and I came to hate the characters. I've enjoyed other books by the authors so this was especially disappointing.