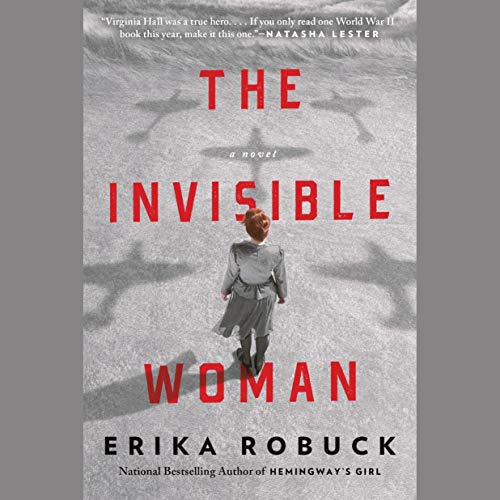 "An extraordinary profile of immense courage and daring." (Chanel Cleeton, New York Times best-selling author of Before We Left Cuba)

"If you only read one WWII book this year, make it this one." (Natasha Lester, New York Times best-selling author of The Paris Orphans)

In the depths of war, she would defy the odds to help liberate a nation...a gripping historical novel based on the remarkable true story of World War II heroine Virginia Hall, from the best-selling author of Hemingway's Girl

France, March 1944. Virginia Hall wasn't like the other young society women back home in Baltimore - she never wanted the debutante ball or silk gloves. Instead, she traded a safe life for adventure in Europe, and when her beloved second home is thrust into the dark days of war, she leaps in headfirst.

Once she's recruited as an Allied spy, subverting the Nazis becomes her calling. But even the most cunning agent can be bested, and in wartime trusting the wrong person can prove fatal. Virginia is haunted every day by the betrayal that ravaged her first operation, and will do everything in her power to avenge the brave people she lost.

While her future is anything but certain, this time more than ever Virginia knows that failure is not an option. Especially when she discovers what - and whom - she's truly protecting.

"An extraordinary profile of the immense courage and daring of Virginia Hall and an intimate look at the cost of war, The Invisible Woman is a must-read. Emotionally charged, compulsively readable, richly detailed and meticulously researched, Robuck’s novel brings a forgotten World War II heroine to life and thrusts the reader into a dangerous world of espionage. An unforgettable book!" (Chanel Cleeton)

"A alpha female heroine, along with an engaging plot loaded with realism, makes for a captivating historical thriller. Even better, it's all drawn from the life of a real American hero." (Steve Berry, New York Times best-selling author of The Warsaw Protocol)

"In this captivating, page-turning read, the talented Erika Robuck plunges her readers deep into the little-known, critical espionage undertaken by the brilliant and brave spy Virginia Hall during World War II. The Invisible Woman shines a light on this courageous historical woman, whose pioneering work as an agent deserves recognition." (Marie Benedict, New York Times best-selling author of The Only Woman in the Room)

What listeners say about The Invisible Woman