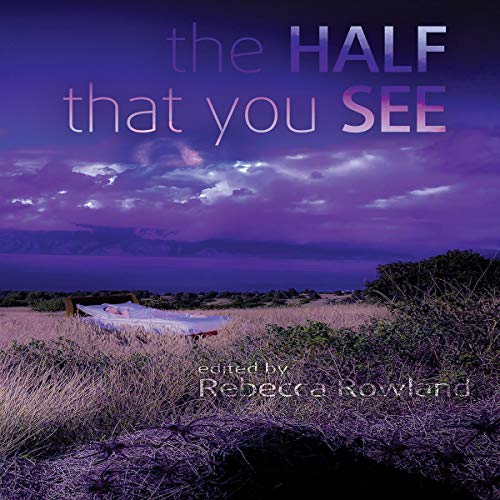 The Half That You See

By: Rebecca Rowland
Narrated by: Mark Johannes
Try for $0.00

"Believe nothing you hear, and only one half that you see.” (The System of Dr. Tarr and Prof. Fether by Edgar Allan Poe (1845))

Poe’s classic tale told of a state of the art hospital boasting a curiously experimental treatment, but things were not as they seemed. In The Half That You See, 26 writers from around the globe share their literary optical illusions in never-before-seen stories of portentous visions and haunting memories, altered consciousness and virulent nightmares, disordered thinking and descents into madness.

Take a walk down the paths of perception that these dark fiction raconteurs have tunneled for you, but keep a tight grip on your flashlight: The course twists and turns, and once you’re on route to your destination, there is no turning back.

That which creeps about in the poorly lit corners of the human mind has teeth, and it’s waiting for you.

What listeners say about The Half That You See