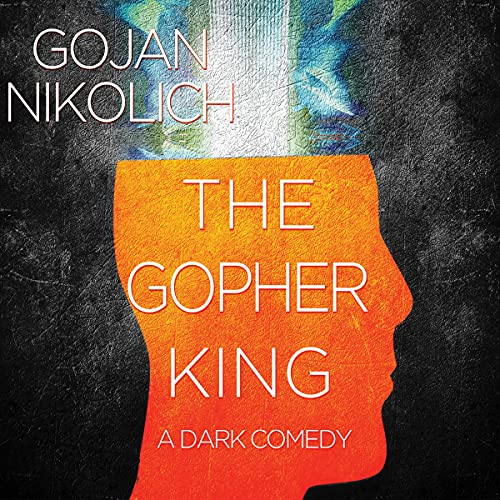 The Gopher King: A Dark Comedy

By: Gojan Nikolich
Narrated by: Keith Barbaria
Try for $0.00

A suicidal former platoon sergeant, sole survivor of a Vietnam War jungle ambush, is haunted by what he perceives as his cowardly past. Debilitated by guilt and mourning the death of his wife, small town newspaper publisher Stan Przewalski lives in a PTSD-fueled world where it is impossible to distinguish reality from fantasy.

Returning from a Vietnam sightseeing tour, his suppressed memories resurface with a vengeance as he deals with a murder and a raging wildfire that threatens to destroy his hometown of Bull River Falls, Colorado. The overly medicated vet meets a magical creature who wears paratrooper boots and rock band tee shirts and commands a subterranean army that believes Stan is the answer to their fight against unscrupulous real estate developers.

While they sabotage cell phone towers and government buildings, these supernatural friends provide an unlikely path to Stan's redemption.

What could possibly go wrong?

"Imaginative and often beguiling, like a mashup of Platoon and Gremlins scripted by William S. Burroughs." (Kirkus Reviews)

What listeners say about The Gopher King: A Dark Comedy