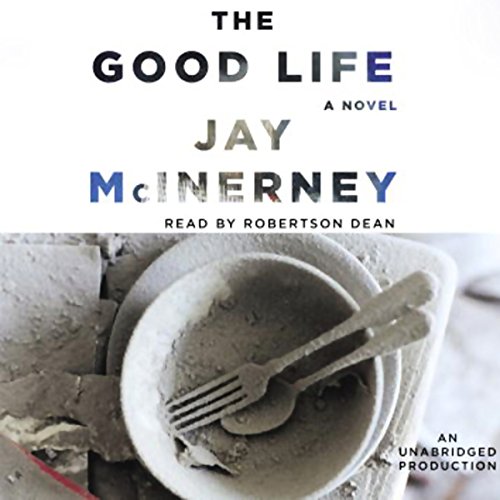 By: Jay McInerney
Narrated by: Dylan Baker
Try for $0.00

Clinging to a semiprecarious existence in TriBeCa, Corrine and Russell Calloway have survived a separation and are thoroughly wonderstruck by young twins whose provenance is nothing less than miraculous, even as they contend with the faded promise of a marriage tinged with suspicion and deceit. Meanwhile, several miles uptown and perched near the top of the Upper East Side's social register, Luke McGavock has postponed his accumulation of wealth in an attempt to recover the sense of purpose now lacking in a life that often gives him pause, especially with regard to his teenage daughter, whose wanton extravagance bears a horrifying resemblance to her mother's. But on a September morning, brightness falls horribly from the sky, and people worlds apart suddenly find themselves working side by side at the devastated site, feeling lost anywhere else, yet battered still by memory and regret, by fresh disappointment and unimaginable shock. What happens, or should happen, when life stops us in our tracks, or our own choices do? What if both secrets and secret needs, long guarded steadfastly, are finally revealed? What is the good life?

Posed with astonishing understanding and compassion, these questions power a novel rich with characters and events, both comic and harrowing, revelatory about not only New York after the attacks, but also the toll taken on those lucky enough to have survived them. Wise, surprising, and, ultimately, heart-stoppingly redemptive, The Good Life captures lives that allow us to see, through personal, social, and moral complexity, more clearly into the heart of things.

"Tender and entertaining....McInerney delivers [the story] with grace and wit." ( Publishers Weekly)
"There have been a number of 9/11 novels lately, as writers grapple with what that terrible day means to us. This one is essential." ( Booklist)
" The Good Life is McInerney’s most fully imagined novel as it is his most ambitious and elegiac.” ( The New York Review of Books)

What listeners say about The Good Life