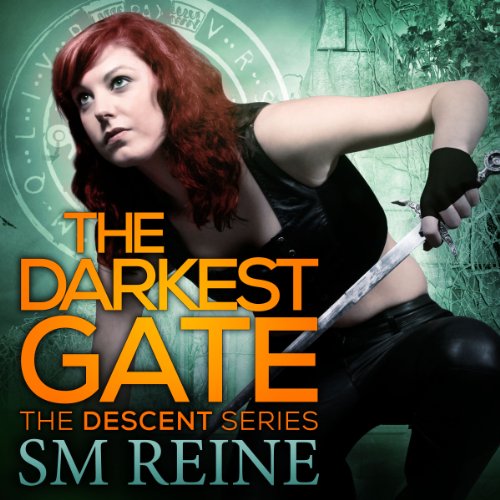 By: SM Reine
Narrated by: Saskia Maarleveld
Try for $0.00

When Elise Kavanagh retired from demon hunting, she swore it would be permanent. But an attack from a powerful necromancer forced her back into the business, and now she's trying to balance her normal boyfriend and normal job with everything supernatural.

Mr. Black is a demon hunter gone rogue. He's enslaving angels and stealing ethereal artifacts in pursuit of forbidden immortality, and an old grudge drives him to make a final stand in Elise's territory. Destroying her life and killing her friends isn't the goal, but it's a definite perk.

A demonic overlord offers to join against Mr. Black and protect Elise's loved ones. All she needs to do is ally with the demons she's sworn to kill, at the cost of her morals - and maybe her immortal soul. But once she crosses that line, there's no turning back.

Nothing is sacred when Heaven and Hell collide on Earth.

What listeners say about The Darkest Gate

I LOVE THIS SERIES!

WOW!!! Utterly fantastic in every way no way to see ANYTHING COMING! Ingenious! Totally enjoyable adventure already bought every nook I can on audible the ones I can't of all the combined series on kindle too