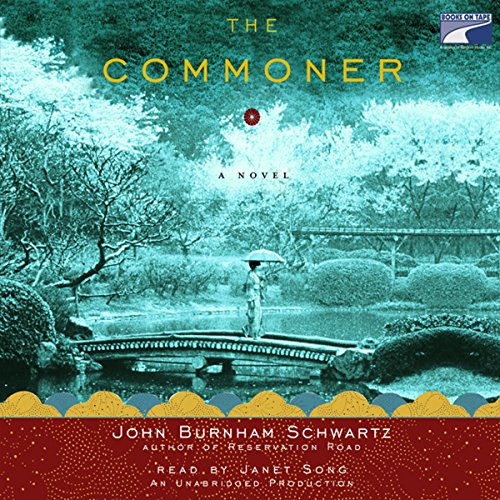 By: John Burnham Schwartz
Narrated by: Janet Song
Try for $0.00

It is 1959 when Haruko, a young woman of good family, marries the Crown Prince of Japan, the heir to the Chrysanthemum Throne. She is the first nonaristocratic woman to enter the mysterious, almost hermetically sealed, and longest-running monarchy in the world. Met with cruelty and suspicion by the Empress and her minions, Haruko is controlled at every turn. The only interest the court has in Haruko is her ability to produce an heir. After finally giving birth to a son, she suffers a nervous breakdown and loses her voice. However, determined not to be crushed by the imperial bureaucrats, Haruko perseveres.

Thirty years later, now Empress herself, she plays a crucial role in persuading another young woman - a rising star in the foreign ministry - to accept the marriage proposal of her son, the Crown Prince. The consequences are tragic and dramatic. Told from Haruko’s perspective, meticulously researched, and superbly imagined, The Commoner is the mesmerizing, moving, and surprising story of a brutally rarefied and controlled existence at once hidden and exposed, and of a complex relationship between two isolated women who, despite being visible to all, are truly understood only by each other.

"Schwartz pulls off a grand feat in giving readers a moving dramatization of a cloistered world." (Publishers Weekly)

What listeners say about The Commoner

I usually wonder about the voice in novels whose protagonists' gender differs from the authors', let alone time period, age, and culture - but this novel seemed to ring true. -wonderful detail and perspective on post war Japan and a woman trapped in a culturally prescribed role. The narration was fantastic, too, and SO suitable to the character. It took a while to get into the novel but I found "The Commoner" a very satisfying and thought provoking listen, even if the ending was a bit fanciful - it fit.

A fairly interesting piece of bio-fiction, based on the life of Haruko, the young commoner who married the Japanese crown prince in 1957 (now the empress). Her daughter-in-law's similar situation--i.e., her difficulty in adjusting to the royal life--has recently been in the news again, and the book ends with an empathetic moment between the two women. (Since the current emperor has no son, there is a movement on to allow a female to rule.) Should be of interest to those who enjoy reading about upper class life in modern Asia.

I just could not do it. The other person's review said it was slow to get into and it was. I just couldn't finish it. I loved the narrator's voice and usually love this type of book but I could not get through the beginning.

It is really not fair for me to rate the book. My rating is based on the beginning, not the whole book.

My favorite of 112 audiobooks I've listened to.

If you could sum up The Commoner in three words, what would they be?

What was one of the most memorable moments of The Commoner?

She seemed to be at one with the characters

If you could take any character from The Commoner out to dinner, who would it be and why?

The main character. She had so much going for her and she gave her all to her husband and her country.

Such a sad life

Would you listen to The Commoner again? Why?

No, just a little depressing for me. I'm glad I listened to the book as I learned so much. The book is well written and the characters were well developed the story is interesting but depressed me a bit. The reader did a great job