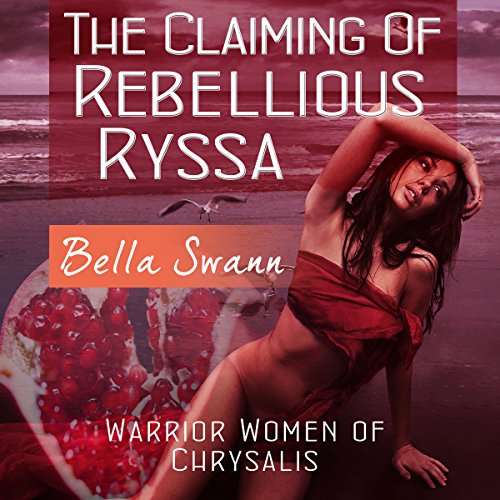 The Claiming of Rebellious Ryssa

By: Bella Swann
Narrated by: Joe Formichella
Try for $0.00

This is an extremely explicit sex story of the claiming of Ryssa, a superhuman rebel Chrysalian trying to overthrow the evil male planetary invaders, the Dominants. After blowing up a Dominant base camp, Ryssa escapes into a cave where she encounters two mutant black panthers. She then returns back to her secret rebel base to play with her shield-mate, the dominant Carissa, and receive orders for a new rebel mission from her Commander.

In order to enter into Central City, Ryssa must be closely inspected for contraband by an alpha-male guard to the voyeuristic pleasure of the nearby Dominants. Ryssa then encounters a fellow rebel, the dominant Eloa, who enjoys herself with Ryssa as she dresses her up as a maid and sends her off to work for the ruthless alpha-male, Colonel Styx, and his very forceful mutant pets.

Warning: This is a work of adult fiction meant for those over the age of consent.

What listeners say about The Claiming of Rebellious Ryssa