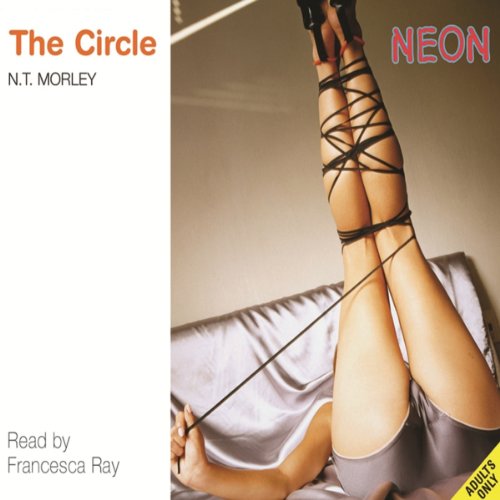 Gina stood there blinking in surprise. The driver laughed a little, recognizing the shock on Gina's face.
"Interested in a little fun?" the woman said, her voice playful and teasing.
"Hey, that's my line," said Gina."Well then," said the woman. "Get in."

Gina, a high-class "working girl", encounters a mysterious woman who pays her to indulge her unexpectedly kinky whims. Gina finds herself increasingly aroused by her encounters with Miranda, expanding the limits of her sexual knowledge further than she could ever imagine.

Gradually, she is willingly introduced to a range of partners who further increase her pleasure, creating a circle of friends who just couldn't be closer.

What listeners say about The Circle

I believe the word 'sleazy' is used about twenty times in the first five minutes of this tale which gives you a good idea of both the content and the craftmanship of the book. While it's neither completely unaffecting nor poorly read, it is very sloppily written and ultimately overblown (no pun intended) and just plain dopey.

A great story of sexual discovery

Even though this is not directly my type of story. A friend of mine suggested this story because he thought I would like. It was good (hence the 5-star rating). There are allot of hot steamy moments that will keep the reader entwined. The characters are interesting, although unrealistic. Overall ... well worth the listen.

Another book I just could not get on with. I love my books to be full of heat but I also like warmth the latter was lacking so maybe that why it ended up exciled it to my removable hard drive.

This is a horrible book. The author repeats things over and over and the story is soooooo boring.

I loved it, but needs to be longer

The start was a little bare on person construct, but the content is stright and to the point. Just like the girls in the buisness blunt, to the point, but very intoxcating to hear about there exploites. A voiuristic personality with detail to put images in the mind that linger long after said, dangerous when driving, I very much liked the book. would listen to another about Gina and her exploites with Marrisa.

This book was great! The characters seemed so real and it felt like you were right them with them.

From the female perspective...