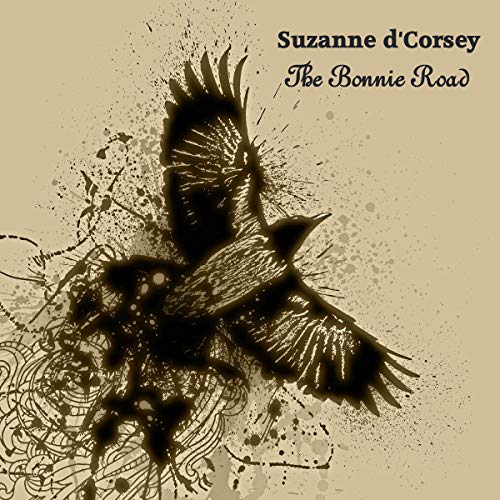 My grandmother passed me in transit. She was leaving, and I was coming into this world, our spirits meeting at the door to my mother's womb, as she bent over the bed to close the thin crinkled lids of her own mother's eyes.

The women of Morag's family have been the keepers of tradition for generations, their skills and knowledge passed down from woman to woman, kept close and hidden from public view, official condemnation and religious suppression.

In late-1970s St. Andrews, demand for Morag's services are still there, but requested as stealthily as ever, for even in 20th-century Scotland, witchcraft is a dangerous art to practice. When newly widowed Rosalind arrives from California to tend her ailing uncle, she is drawn unsuspecting into a new world she never knew existed, one in which everyone seems to have a secret, but that offers greater opportunities than she dreamt of - if she only has the courage to open her heart to it.

Richly detailed, dark, and compelling, d'Corsey magically transposes the old ways of Scotland into the 20th century and brings to life the ancient traditions and beliefs that still dance just below the surface of the modern world.

What listeners say about The Bonnie Road

I couldn’t get past the author / narrator..

I wasn’t even an hour in, and was so distracted by the lack of consistency in her narrating that I’m returning it. I wish I didn’t have to rate the story, as I don’t get very far in.

a perfect listen every October

Its my third October listening to The Bonnie Road. The narration is skilled, the voice and accents comforting, making this a great book to listen to on a crisp fall day with a mug of cider. It has an edge that keeps it interesting as well as depth that let's me find something new every year. Highly recommend!

A thrilling tale that is almost impossible to stop listening to, especially toward the story's climax. Keen Transatlantic social observations and plentiful wit! Talented voice-actor narration with many different accents!