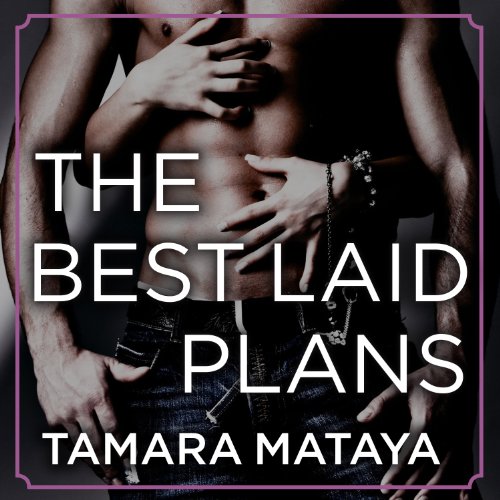 A Very Sexy Romance
By: Tamara Mataya
Narrated by: Veronica Meunch
Length: 5 hrs and 50 mins
Categories: Erotica & Sexuality, Fiction
4 out of 5 stars 4.0 (32 ratings)
This title is included in Audible Escape

Jayne Griffin isn't looking for Mr. Right. She's looking for Mr. RTFN and a toe-curling good time. She's got the brains, the powerful job as a futures broker, and thanks to a makeover and a thin book of dating advice, the confidence to turn any man's head. Malcolm Black notices his high school crush, Jayne, from the stage of her company's work party.

His adolescent feelings for her died beneath months of abuse at the hands of bullies. Abuse that was Jayne's fault. Though this scorching-hot studio musician is unrecognizable as the band geek he used to be, the hurt still lives inside him, and he hatches a plan: seduce Jayne into falling in love with him, and then shatter her heart.

The white-hot chemistry between them is a pleasant surprise. It all goes smoothly until feelings start to develop...and an invitation to their 10-year high school reunion lands in their inboxes.

Jayne wants the perfect lover. Malcolm wants revenge. But you know what they say about the best laid plans...

"The Best Laid Plans is HAWT! Mataya is an author to watch!" (Laurelin Paige, author of the Fixed Trilogy)

great book to listen to on my commute to work. I recommend this to anyone looking for a steamy. enjoyable book

The synopsis of this story is that a man and woman who were bullied, "ugly ducklings" and semi-acquaintances in high school become adult “swans”. Revenge through romance becomes the goal of one of them. The problem is the way the author chose to enact that goal. She created a story whereby a great love between the h and H, Jayne and Malcolm, is formed and conducted solely, solely through great sex. Their relationship was based on nothing else, had no, none, zero substance. Now, generally, I love great sex in a story, but I like it joined to an actual story, a plot, and a fully-developed relationship. Couples do partake of more than sex, generally, when building and sustaining a relationship. In the author's defense, the did try to include a brief phone conversation between the h and H and then martial arts training together. But it was too little. The execution of this story failed, but there were sparks in it that indicated that the story could've been better. The story idea wasn't the problem; the execution was. Then, to make the story worse, near the end, the author used the over-utilized story trope of a negative incident, a painful occurrence to manufacture the couple's closeness quicker and tried to manufacture some depth in the last 20 minutes of the story with wrenching-producing sappiness. As a part of that, in the final moment, Malcolm, at a 10-year high school reunion (to give you an idea of their age), actually said, "I want you to be my girlfriend." Are they 12? So add sappiness and immaturity to a lack of imagine, of anything new, to the problem of the story being over-simplified and boring. I began avoiding the constant barrage of the over-done, unromantic, sex scenes. A full story, one more than 30 minutes or, maybe up to 1 hour, shouldn’t be written as a 30-minute erotica story. When I want that kind of story, I pay less than $5 and get it along with the appropriate expectation about what it is. On the otherhand, when I pay almost $18/use a credit, my expectations differ, of course. But this was a 5+hour story that was more like a $2.75 erotica tale; though, I have to say, some of those stories I enjoyed more than I did this one, and my expectations are, at least, set appropriately from the start. This time I feel duped. I’m so disappointed that I, once again, fell for the great reviews. I started forwarding through the story and was happy when the story was over and grateful it wasn’t longer.