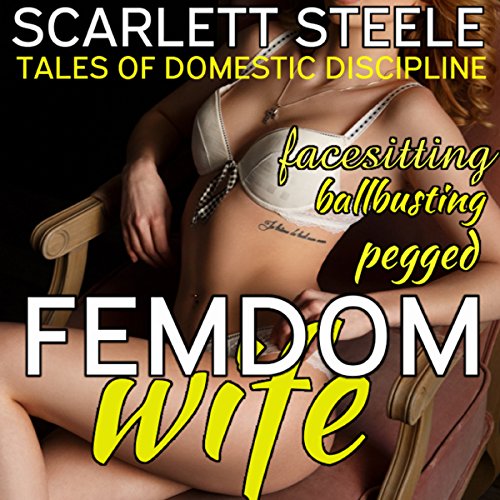 By: Scarlett Steele
Narrated by: Veronica Harder
Try for $0.00

Included in the bundle:

"Facesitting him into Submission"

Tawney drools as she watches the scene unfold in front of her eyes. An escort overpowering a police officer in a facesitting tussle. She teases her husband, Blake, suggesting they reenact the scene. It's not long before the busty wife begins to get carried away and is smothering her willing husband.

Charlotte and Keith are arguing over who is the stronger gender. Keith insists he could tackle his wife with his eyes closed despite her teasing that she could easily overpower him. The married couple decide to wrestle it out in an effort to determine who is stronger. The petite busty wife or the muscular husband.

Hillary is furious that her husband has not only forgotten their wedding anniversary, but has also been caught lying...all after she gave him access to her untouched rear end on his birthday.

She decides it's time for Patrick to make it up to to her, in the same fashion. By bending over and submitting to her strap on!