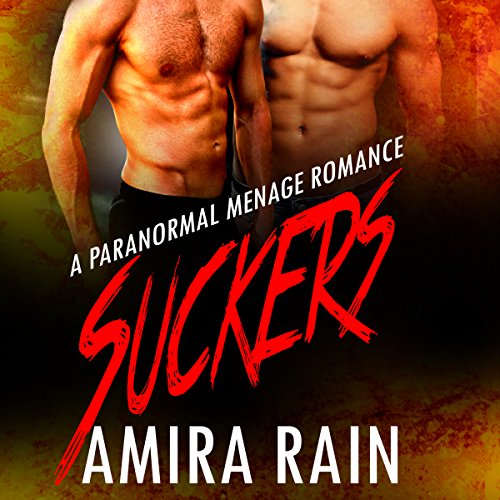 By: Amira Rain
Narrated by: Dallas Jensen
Try for $0.00

When the bloodsucker apocalypse began you only had two choices. Run or die.

But now in a world that has been taken over by half-dead bloodsucking vampires known as "suckers" there is hardly anyone who is alive. And those who are still alive are hard to trust.

That was until Eva came across a pair of men who were willing to help her. They were WereLion Nick and WereTiger Blaine. Sworn enemies forced to team up together to survive the apocalypse and the dangerous bloodsuckers.

But with both men finding themselves attracted to her and with no other living females around for miles they soon realized they would have to compromise.

This is a standalone one-off paranormal ménage romance full of action, adventure, mystery and red hot ménage scenes. Please only listen if these themes appeal to you!

What listeners say about Suckers