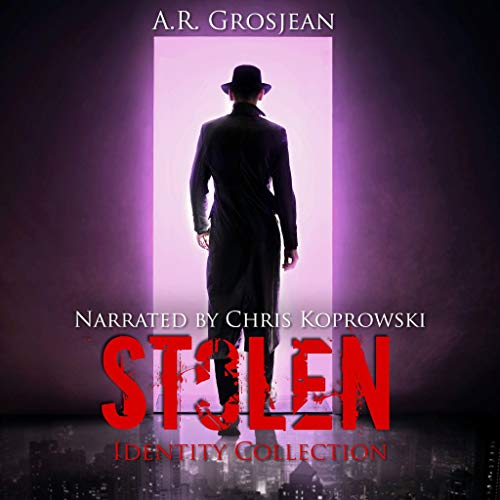 By: A.R. Grosjean
Narrated by: Chris Koprowski
Try for $0.00

Benjamin was abused most of his life. Upon his mother's death bed, she tells him a secret that sends him on a journey of no return - he was adopted. Benjamin hires a PI to find his biological mother but learns she's passed away, too. But she did have another son whom the PI locates. Benjamin leaves his small town to New York to find his brother. When he sees his twin brother for the first time, Benjamin snaps and turns into something else - a killer. Will Benjamin be his own destruction? Will the ghost of his brother be the hand that pushes him over the edge?

What listeners say about Stolen

I liked it but I'm confused

I really liked the story and it was full of twists but the ending left me rather confused.

I truly enjoyed this book. It was the first book I have read from AR Grosjean. It caught my attention from page one until the end. I am hooked. Narrator Chris Koprowzki was perfect. I can’t wait until the next book comes out. In the meantime I will check out their other works!!

Question he had wondered of why a mother was the way she was, now to learn the answers and secrets, led him on path. What cause him to snap when finding a twin brother. Given audio for my voluntary review

A very intriguing story about an adopted boy who makes a discovery that changes him completely. Very gripping and a definite "couldn't put it down!" recommended read. Chris Koprowski is a very good narrator who can really add excitement to the books he reads. *****
This audiobook was given to me for free at my request and I provided this voluntary review.

A secret twin takes on the siblings identity

Very enjoyable story of how a twin was kept apart from his family and later came to discover his origins.
Pleasant, clear narration.