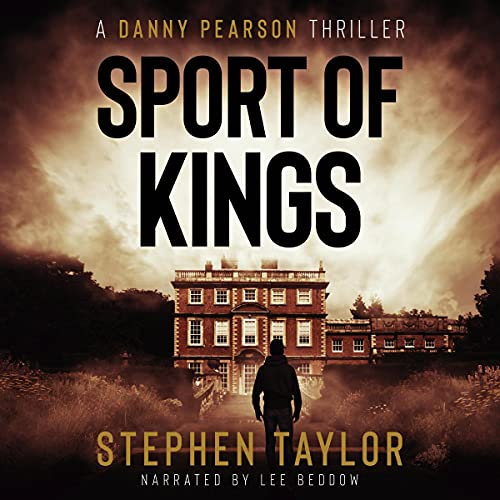 By: Stephen Taylor
Narrated by: Lee Beddow
Try for $0.00

When Danny's old SAS buddy goes missing, Danny's unit reunite to find him. When they follow Smudges trail they find themselves on the wrong side of an international drug-smuggling operation and the sport of kings, an exclusive hunt of a deadly nature....

When Smudge rings from the Norfolk coast he's in big trouble, Danny and his old SAS teammate Fergus drive up to help him, only to find he's vanished. When the search the holiday chalet, the only clues they can find are Smudges diving gear and a brick of cocaine sealed in plastic.

Things go from bad to worse, and Danny and friends end up going head to head with drug smugglers and the Sport of Kings run by Lord Bartholomew Harrington-Smythe and Sir John Riddlesworth.

Sport of Kings is the fifth in the Danny Pearson Thriller series. If you like evil villains and breathtaking action, then you’ll love Stephen Taylor’s fifth roller-coaster action thriller.

Although some characters appear in several books, the series can be listened to in any order.

Buy now, and jump on board.

What listeners say about Sport of Kings

Best of the best