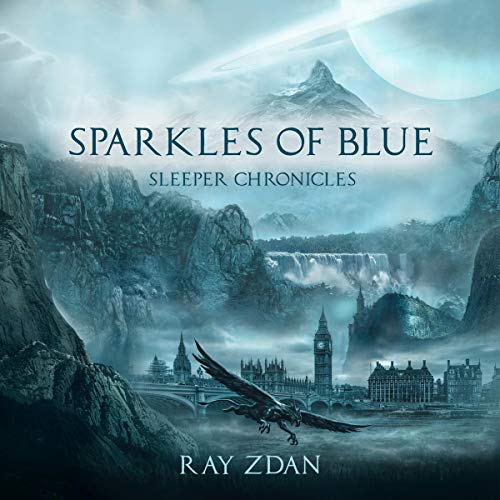 By: Ray Zdan
Narrated by: Philip Battley
Try for $0.00

The secret world of Sleepers broke my life like a powerful twister.

I was a humble office rat, spending my grey days hiding in the crowd, doing my job as thousands of others without attracting attention. Then everything changed. The alien world sneaked into my dreams with the persistence of a scarab. I was puzzled at first, I was Prince there, but then the dreams turned into nightmares with dangerous creatures, wars and twisted plots plaguing the alien realm.

My consciousness was bouncing between two worlds. I was forced to live two lives. It wasn’t easy. I thought I could cope with my dreams, but then hunters from the alien world began tracking me down the streets of London. I was on the verge of insanity. Until I found others living the same cycle. And none of us had the slightest chance to break free.

Or so we thought.

What listeners say about Sparkles of Blue

original concept well written and narrated , please audible do the second book as soon as possible