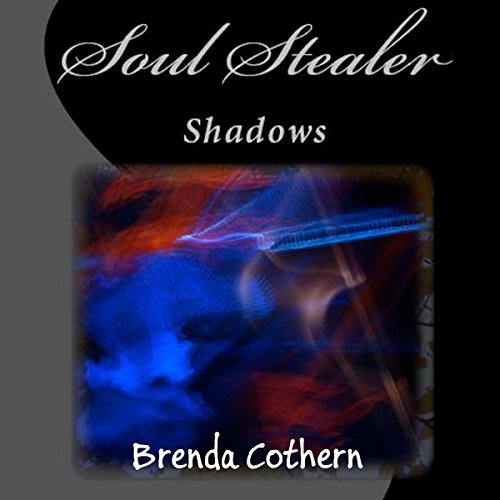 Born at the creation of time, the Soul Stealer feeds on the malevolent and immoral auras to survive. She has honed her skills by enticing her meals to lay with her. But by attracting the attention of a soulless life-drinker, her very existence begins to change. But will she allow it?

What listeners say about Soul Stealer

As a huge fun of Brenda Cothern's books, but never a fan of audiobooks, I decided to try this audiobook to see how it compares to the written story. First off, Michael Vasicek has a great voice and he brings so much more to the telling of Kira and Alec's story. Even though I read the story before listening to the audiobook, I was still shocked and surprised during some of the scenes, and held my breath when things got tense. I definitely recommend this audiobook to anyone who's a fan of Brenda Cothern or Michael Vasicek, but definitely get this audiobook if not for the simple fact that you'll enjoy the story!!!

So this was my first experience with both this author and this narrator. I have to say I enjoyed the story. It was short but well developed. I am looking forward to learning more about these different paranormal creatures. I am not so sure about the narrator. His voice was clear but he really was just reading the story and it lacked something.

This story between Alec and Kiera is a short supernatural romance, though w e don’t learn what each supernatural being is initially. We learn that Alec is a “life-driinker” or vampire but not what Kiera is, though we know early on what she “does” to survive. They have an unexplainable kinetic connection upon first meeting. Most of the story is about Alec figuring out what Kiera is and them getting together in spite of what she is and her reaction to him knowing. Kiera knows what Alec is immediately upon meeting him in his nightclub. They are both centuries old. It’s a story between 2 mature adults, especially since they have lifetimes (i.e. Alec is about 800 years old) of experience.

Overall, the story creates interesting supernatural mythology. There are other supernatural being referenced but not explained, including a Bender and a Garoul (if that’s spelled correctly). And Alec, as a vampire, seemed to have some new tricks. For instance, he could “shadow step,” which I never quite understood. They used uncommon—at least to me—slang for taking blood from humans, like “an interview.” Alec’s vampire version was one who didn’t have a soul, could influence humans and had super strength and extra healing ability, which are more common among vampire lore. And they—the various supernatural beings in that community—referred to humans as “norms.”

The sex scenes are very short but somewhat detailed, though not explicit. It’s hard for me to explain the difference between detail and explicitness, but if you’re an erotica reader, wherein very raw, explicit, earthy descriptions are sometimes provided then you get the difference. There are several sex scenes, since they are an important part of Kiera’s life. But, again, they are nowhere near erotica. Still, they could be a problem for you if you don’t like any detail and prefer sexual matters to be left to the imagination. And there is really no sexually explicit language. The sexual terms were pretty much limited to “groin,” “cock,” “climax,” “core,” “nub,” and, “sopping” and “wet.” There are also 2 voyeurism scenes and a male very briefly grabbing another male’s penis.

I liked the narrator fine but didn’t like the ding sound on the audio that occurred between chapters, though I get its usefulness in making it clear when there was a switch in position in the story. Sometime this switch was between characters and other times between centuries/timeframe or days.

Overall, it’s an ok story that holds together well. It just didn’t do anything more for me. It was all a bit too easy. And there is a morality aspect to Kiera’s “need” and Alec’s assistance in it that wasn’t dealt with sufficiently for me.

It ends abruptly but not with a cliffhanger. There are other stories in this series. I won’t be seeking them out, but this book was ok enough that I might consider another tale by this author. Maybe.