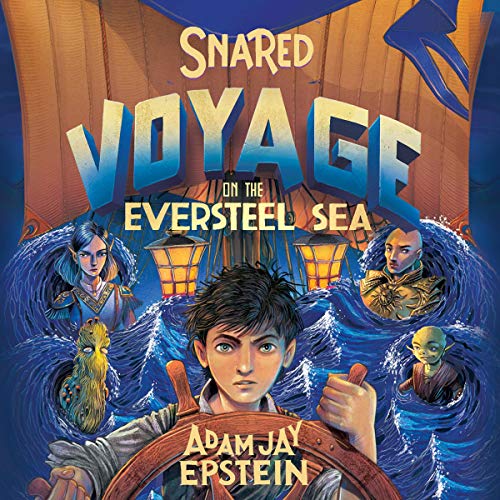 Snared: Voyage on the Eversteel Sea

By: Adam Jay Epstein
Narrated by: Nick Mondelli
Try for $0.00

Wily Snare sets sail on the high seas in the third and final installment of the middle-grade fantasy adventure series from Adam Jay Epstein.

Wily’s enemies are after his throne.

The man who kept him captive for much of his childhood, the evil mage Stalag, is still at large, and Wily knows the kingdom will never be safe as long as he’s a threat. Meanwhile, Wily’s father, the Infernal King, has escaped prison, and he’s looking to retake power.

When Wily learns the villains are traveling to the fabled Eversteel Forge to build a mechanical army, it’s up to him and his companions to journey across the sea and stop their enemies.

On the way, they face piracy, betrayal, sea monster attacks, and the dangers of a mysterious desert island. But the greatest challenge is to Wily’s loyalties - and if he can forgive a father he no longer trusts.

What listeners say about Snared: Voyage on the Eversteel Sea