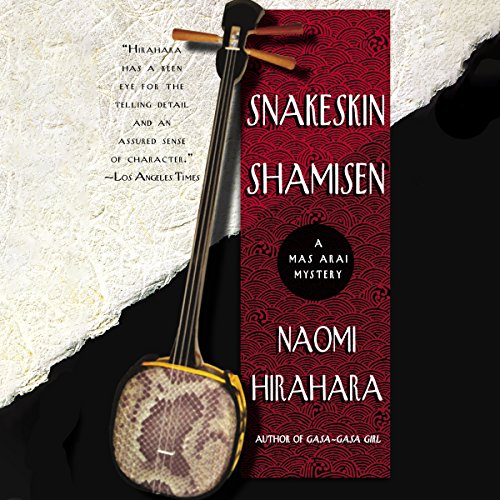 By: Naomi Hirahara
Narrated by: Brian Nishii
Try for $0.00

From Summer of the Big Bachi to Gasa-Gasa Girl, Naomi Hirahara's acclaimed novels have featured one of mystery fiction's most unique heroes: Mas Arai, a curmudgeonly LA gardener, Hiroshima survivor, and inveterate gambler. Few things get Mas more excited than gambling, so when he hears about a $500,000 win - from a novelty slot machine! - he's torn between admiration and derision. But the stakes are quickly raised when the winner, a friend of Mas' pal, G. I. Hasuike, is found stabbed to death just days later. The last thing Mas wants to do is stick his nose in someone else's business, but at G. I.'s prodding he reluctantly agrees to follow the trail of a battered snakeskin shamisen (a traditional Okinawan musical instrument) left at the scene of the crime...and suddenly finds himself caught up in a dark mystery that reaches from the islands of Okinawa to the streets of LA - a world of heartbreaking memories, deception, and murder.

What listeners say about Snakeskin Shamisen

Loved the plot twists and Okinawan history & history embedded throughout the story. can't wait to read the next book!