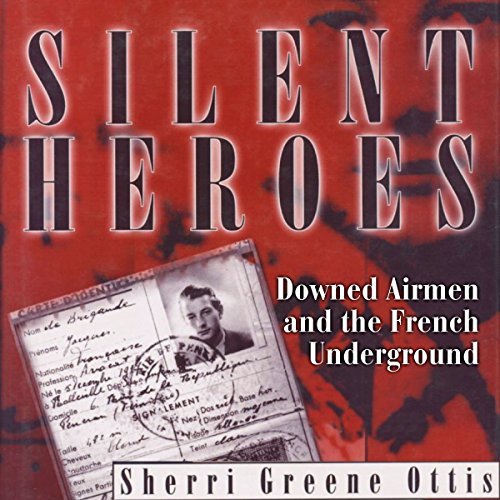 In the early years of World War II, it was an amazing feat for an Allied airman shot down over occupied Europe to make it back to England. By 1943, however, pilots and crewmembers, supplied with "escape kits", knew they had a 50 percent chance of evading capture and returning home. An estimated 12,000 French civilians helped make this possible. More than 5,000 airmen, many of them American, successfully traveled along escape lines organized much like those of the US Underground Railroad. If caught, they risked internment in a POW camp. But the French, Belgian, and Dutch civilians who aided them risked torture and even death. Sherri Ottis writes candidly about the pilots and crewmen who walked out of occupied Europe, as well as the British intelligence agency in charge of Escape and Evasion. But her main focus is on the helpers, those patriots who have been all but ignored in English-language books and journals. She tells of the extreme difficulty they had in avoiding Nazi infiltration by double agents; of their creativity in hiding evaders in their homes, sometimes in the midst of unexpected searches; of their generosity in sharing their meager food supplies during wartime; and of their unflagging spirit and courage in the face of a war fought on a very personal level.

"A valuable addition to the 'hidden' history of WWII, showing us the men, women, and sometimes children who helped Allied airmen evade capture." ( Publishers Weekly)